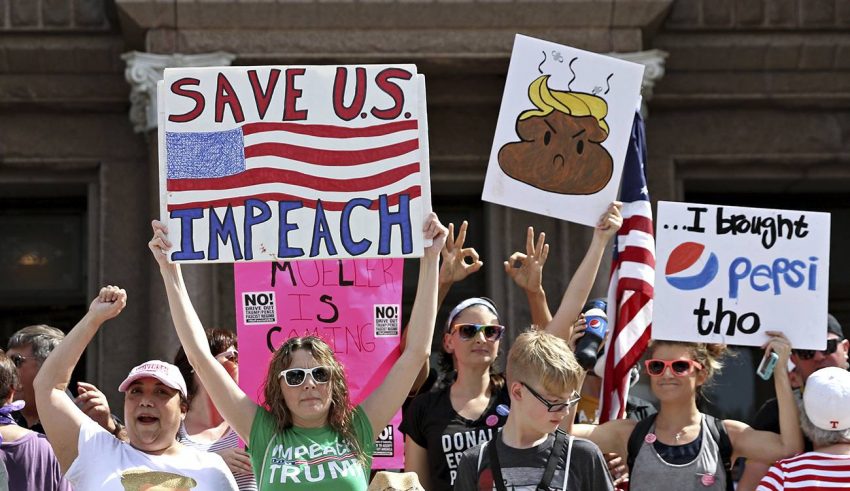 The White House is reportedly optimistic about Trump being affected by the Russian probe. It was said that Michael Flynn’s guilty plea may have created unrest for Trump and his staff.

There was also a concern about Trump’s tweeting, especially relating to Flynn and the Russian inquiry.

It was believed that the lawyer for Trump gave advice that helped bring calm to the White House. Lawyer Ty Cobb had told staff that the inquiry should finish before year end.

That was yet to be confirmed as others had disagreed with his projection.

There was also an ongoing attempt to impeach Trump. A vote on the matter had recently failed. Now Bernie Sanders had some advice about the matter.

“I think jumping the gun, does nobody any good,” Sanders said. “You have to bring the American people onto this issue. You don’t want to make it into a partisan issue. If we’re going to go forward with impeachment, I want the American people clearly to understand why that is the case, why it makes sense, why it’s the right thing to do. I don’t think we’re there right now. That’s what the Mueller investigation is all about.”

Sanders had even asked the President to resign. This was a decision that seemed very unlikely.

“I think Mr. Mueller is doing a very good job on his investigation,” Sanders said. “If Mueller brings forth the clear evidence that there was collusion between the Trump campaign and the Russians, I think you have grounds for impeachment.”

“The feeling now, over the last 48 hours, is very positive,” said a former official. “I feel good about it. Everyone I talk to does.”

But as new evidence comes to light, it could create an unnerving mood in White House. However a different picture was painted.

“There’s a numbing effect too. If you work there, you stop getting bothered by every new thing that’s coming out,” said a close acquaintance.

“It’s as if the worm has turned with everything that’s being exposed about FBI and the special counsel,” said another official who is in contact with the White House.

As optimism remained steadfast in the White House, Mueller’s investigation remained steadfast as well.  How the current drama ends was still a mystery. It was just a matter of time before there was a conviction or a vindication for Trump.