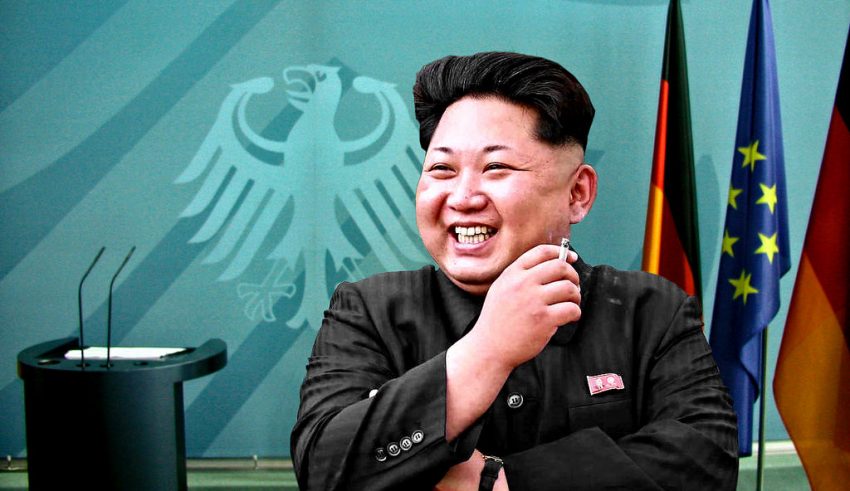 President Trump recently pulled out of the Iran deal agreement calling it a one sided affair. He received support from some colleagues but also received rebuttal about the decision.

France’s President Emmanuel Macron felt that Trump should remain in the deal. He had met with Trump Just days prior to the announcement in the U.S.

Macron denounced Trump’s decision as well as other leaders on the World scene. He however said the deal wasn’t dead despite Trump pulling out.

It was believed it was bad move by the President as it was felt it gave Iran more opportunity to build dangerous bombs.

Ironically enough it had come at a time when ties between Kim and China’s President Xi Jinping were getting closer.

During that time he had visited the Chinese President and did something his father had never done.

He went by plane, which signaled a drastic change in the mindset of Kim who recently crossed the border to visit the South Korean leader.

It was visually clear that Kim Jong-un was changing. If this was an act remained unclear but he certainly moved away from what we knew to be his norm.

He had said that he would denuclearize and only time would tell if he will.

His efforts to reach out to those close around him was apparently a big part of his change.

Kim had said that the North and South was one people and now he was definitely getting closer to China in more ways than one. The people of China could also fall under the same umbrella it was possible that they were the one and same people as well.

It was believed that Trump pulling out could reflect badly on Kim’s decision to denuclearize.

This could be seen as a sign that whenever the Presidency changed that the outlook on agreements would as well.

This was happening quite a lot since Trump took office. On many occasions he reversed many agreements that the Obama Administration had made calling them mistakes.

The decision by Trump created a rift among his colleagues who were divided about it’s effect.

It was reported that many Republicans praised Trump’s move but those against it seemed more verbal.