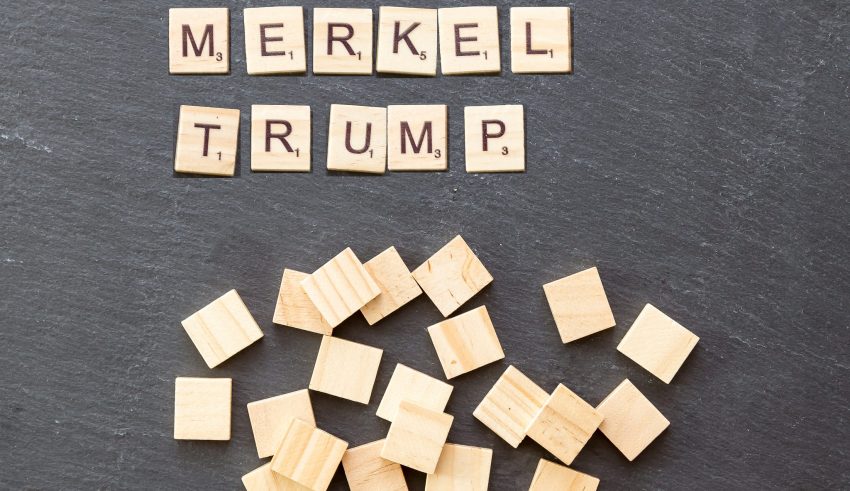 President Trump continued to spew insults at Canadian Prime Minister Justin Trudeau. He unleashed some tweets after arriving at Singapore for his meeting with Kim Jong-un.

His decision to withdraw from the agreement between the Countries caused backlash at home and in the EU.

Trump claimed that the U.S. was being used as a piggy bank and said this would have to end.

The EU responded in kind as Germany’s Chancellor Angela Merkel said they would respond in kind to Trump’s assertions.

It was clear that a trade war was imminent if no one was willing to back down.

“We won’t allow ourselves be ripped off again and again. We will act too,” Merkel said.

It was expected that Trump would add new tariffs on German vehicles, so Merkel was planning on dealing with the matter head on.

“We will try to see if we can stop this from happening… And then hopefully the EU will respond again in the same unified way,” Merkel said.

Trump was adamant that the U.S. were on the losing end of the deal between these Countries. He said he was unwilling to continue such an agreement and called out Trudeau who criticized him.

Trump was known for his use of social media activity, which was his constant use of twitter.

The President used this platform constantly to get his points across, whether positive or negative.

Trudeau became his latest object of criticism and Trump continued to unleash tweets against the Canadian Prime Minister.

Trump tweeted, “Fair Trade is now to be called Fool Trade if it is not Reciprocal. According to a Canada release, they make almost 100 Billion Dollars in Trade with U.S. (guess they were bragging and got caught!). Minimum is 17B. Tax Dairy from us at 270%. Then Justin acts hurt when called out!”

Trudeau also had those who defended him via twitter too. Roland Paris who was once Foreign Policy Adviser to Trudeau lashed out at Trump.

Paris tweeted, “Big tough guy once he’s back on his airplane. Can’t do it in person. … He’s a pathetic little man-child.”

Trump also received support from his own administration.

“Don’t blame Trump. It was Trudeau who started blasting Trump after he left, after the deals had been made.” Larry Kudlow said Trump won’t let people “take pot shots at him” and that Trudeau “should’ve known better.”

“There’s a special place in hell for any foreign leader that engages in bad faith diplomacy with President Donald J. Trump and then tries to stab him in the back on the way out the door,” Trump Trade Adviser Peter Navarro said.

This war of words could result in a very bad trade war that could affect the entire World, let us hope it doesn’t come to that.