November 30, 2020
Home Opinion President Trump Compared To Richard Nixon And Mocked On Spy Claim As The Pressure Builds All Around Him 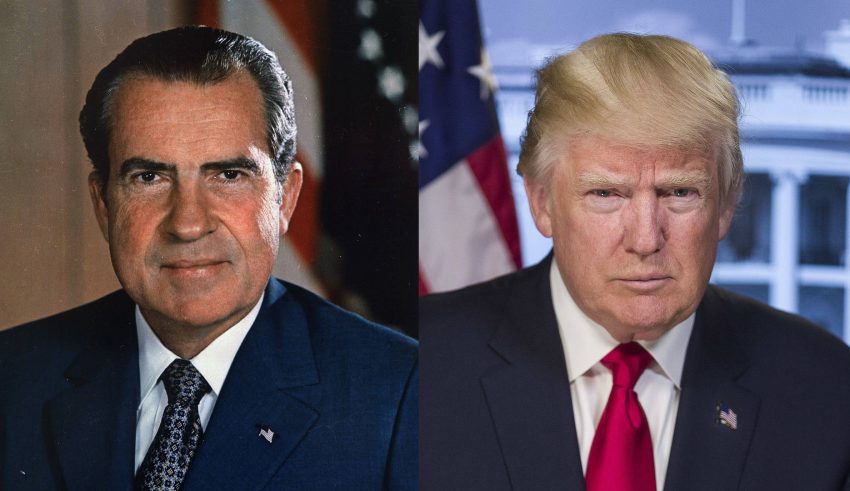 A recent claim by Donald Trump that Barack Obama placed a spy in his campaign team received rebuttal.

One of Trump’s former campaign workers called the claim embarrassing and seemed to be mocking him.

A.J. Delgado once worked as a Senior Adviser for Trump during his 2016 campaign bid.

“I remain confident that Mr. Cohen’s attempts to exclude me from the case will fail for the reasons we provided,” Avanetti said.

Cohen’s lawyers said “Mr. Avenatti appears to be primarily focused on smearing Mr. Cohen publicly in his efforts to further his own interest in garnering as much media attention as possible.”

As if that wasn’t enough, Jon Meacham, a Presidential historian thinks Trump would be impeached eventually.

Meacham was basing his assessment on how Richard Nixon behaved prior to his leaving office.

“I would bet a good bit of money this is going to end up in the House with some kind of impeachment proceeding.” He also said, “and the makeup of that body and ultimately the reaction of the United States Senate, which is supposed to be the great deliberative check and the great final hammer on these things.” He added, “I think … that’s going to be the season finale of this.”

Trump’s Presidency had always been compared to his show “The Apprentice.” That belief clearly hadn’t change based on Meacham’s comment.

“Both Nixon and Trump have an ongoing obsession with their former opponents in a way that I think shapes what they do in deleterious ways, to say the least,” Meacham said.

“He was always obsessed with what President Kennedy had gotten away with, in his view, and remember, of course, that’s clearly true with President Trump,” he added.

Trump received some level of backlash for his accusation against the DOJ and FBI.

Delgado tweeted, “Are we really going w this?? That Obama put a spy inside the Trump campaign, to frame Trump? Srsly? Not sure if it’s IQ, ethics, or simple common sense but I cant. This is embarrassing.”

She seemed to be implying that Trump was catching at straws in an effort to save himself.

Whether the intent was to put focus on another person or not the matter would be investigated.

“If anyone did infiltrate or surveil participants in a Presidential campaign for inappropriate purposes, we need to know about it and take appropriate action,” Deputy Attorney General Rod Rosenstein said.