November 30, 2020
Home News President Trump Certain That Michael Cohen Will Remain Faithful But Will He 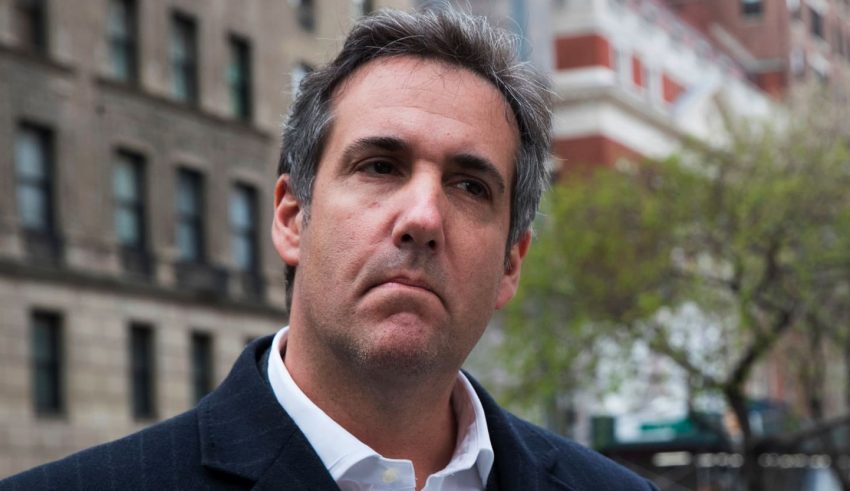 Rumors had been spreading that Michael Cohen could be Trump’s Achilles heel. The recent targeting by Robert Mueller and the FBI hit home hard for Trump.

The raid on his office and the refusal by a Judge to grant Trump’s lawyers access to documents seized wasn’t helping the situation.

Analysts believed that the pressure Trump’s lawyer was now facing could make him crack and throw him under the bus.

The belief by some that Cohen could eventually be the one who sinks Trump was disputed by Trump. He disagreed with the idea and even tweeted about it.

A longtime friend of Cohen apparently spoke about his upbringing.

“He grew up in a homogenous, wealthy enclave, and he came to a radically different place, Brighton Beach, on the border of Coney Island, which was filled with immigrants and minorities,” said the friend.

Cohen had recently joined Trump’s legal team after his head lawyer quit. He was once the personal lawyer of Trump and was considered a friend.

Things got rocky really fast after the feud with Stormy Daniels began. It got worse when FBI raided his office.

Michael even helped out Trump once when as a unit owner he faced trouble while managing the property. Cohen sided with Trump and he eventually won that battle.

“When Michael won that fight, that’s when Trump gained a lot of respect for him,” said David Schwartz.

Schwartz was a longtime friend of Cohen and his legal representative.

Trump tweeted “non-existent “sources” and a drunk/drugged up loser who hates Michael, a fine person with a wonderful family. Michael is a businessman for his own account/lawyer who I have always liked & respected. Most people will flip if the Government lets them out of trouble, even if.”

The President was certainly sure about his long time lawyer friend. He wasn’t satisfied with just the one tweet and continued with another.

He tweeted “It means lying or making up stories. Sorry, I don’t see Michael doing that despite the horrible Witch Hunt and the dishonest media!”

It had been a while since Cohen was facing the pressure and hadn’t buckled up to this point.

This didn’t mean it wasn’t possible, but only time will tell. Many of Trump’s former associates refused to offer any information. This could be another reason that Trump felt safe even though Cohen was under fire.

The question that lingered in the mind was how much pressure Cohen can take and how will he react?