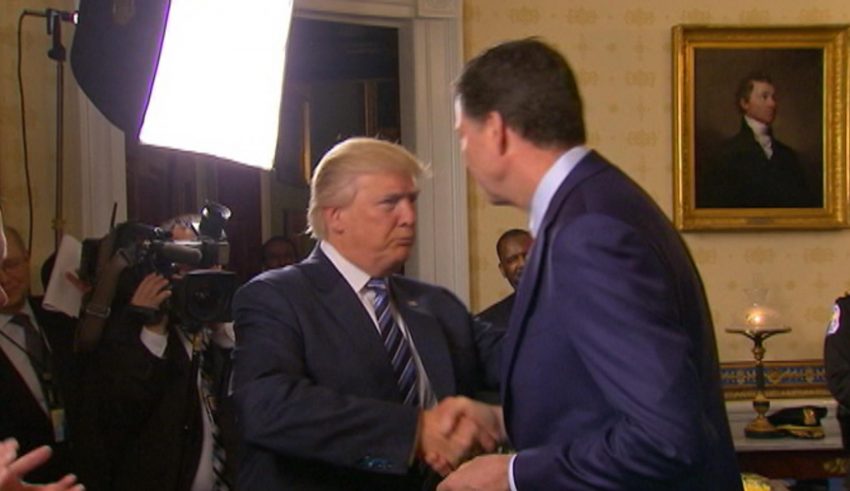 The memos that James Comey had compiled were recently released. Comey had recently released a book that talked about his dealings as FBI Director and his encounters with Trump. He also was pressed by Trump’s allies to release the memos.

Since the release of those memos Trump had claimed he was vindicated from any Russian collusion.

He also continued his assault on Trump by calling him a liar and someone who leaked information.

Trump tweeted “So General Michael Flynn’s life can be totally destroyed while Shadey James Comey can Leak and Lie and make lots of money from a third rate book (that should never have been written). Is that really the way life in America is supposed to work? I don’t think so!”

The House GOP Committee also blasted Comey and claimed his actions were selfish.

“Former Director Comey was willing to overlook all of the aforementioned characteristics in order to keep his job,” the committee said. “In his eyes, the real crime was his own firing.”

The memos talked about the interaction between Trump and Comey. It outlined many of the conversations the two men had.

One of the things mentioned was leakers. Comey believed there was a possible breach of security among his own.

“I said I was eager to find leakers and would like to nail one to the door as a message,” Mr. Comey said.

He mentioned that years ago it was possible to gather information from reporters but things have changed.

“I said something about it being difficult and he replied that we need to go after the reporters and referred to the fact that 10 or 15 years ago, we put them in jail to find what they know and it worked.”

He also said that Trump wanted him to do something about that.

“I explained that I was a fan of pursuing leaks aggressively but that going after reporters was tricky, for legal reasons and because D.O.J. tends to approach it conservatively,” Mr. Comey said.

The President then suggested that he talk to Jeff Sessions about that Comey claimed.

The Russian investigation pressed hard against Trump. There were others who his agenda pushed hard to confine him. It was clear however that the President still had friends, including his colleagues.

This was very evident when Comey faced the House GOP Committee about the released memos.

“(Comey) was willing to work for someone he deemed morally unsuited for office, capable of lying, requiring of personal loyalty, worthy of impeachment, and sharing the traits of a mob boss,” the congressmen said in a statement.

They certainly weren’t impressed with what they read. It was unclear if these men were after the truth or just wanted to punish Comey for his attacks on the President.

Either way they made the most of their opportunity to let Comey know how they felt about him.

Even if Trump wasn’t vindicated by the memo he certainly got adequate support.