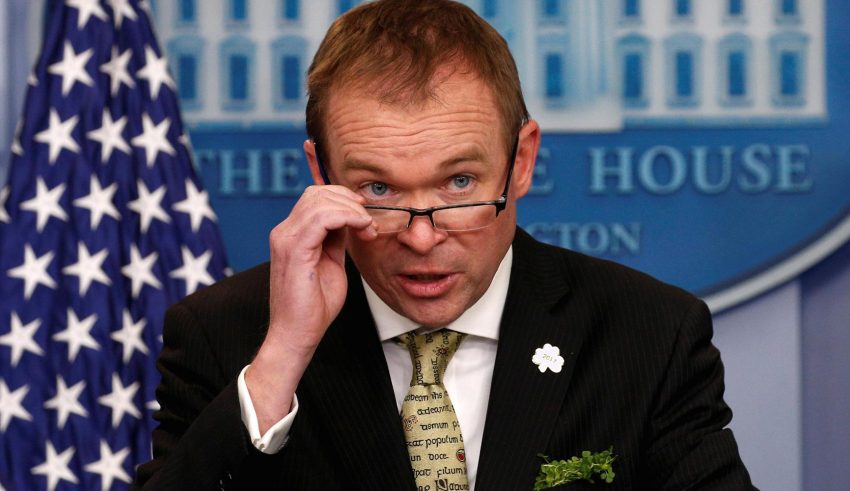 Outgoing Director Richard Cordray had announced a temporary successor. He had intended to place Deputy Director Leandra English as his replacement.

However Trump stepped in and gave that position to one of his own staff members. The move had been called typical by some in the White House.

Trump tweeted “the Consumer Financial Protection Bureau, or CFPB, has been a total disaster as run by the previous Administrations pick. Financial Institutions have been devastated and unable to properly serve the public. We will bring it back to life!”

He believed that the CFPB was a total disaster. Trump took the initiative based on the power he wielded as President.

Analyst believed this appointment gives Trump the leverage he needed. It was said to be a win for Trump.

Democrats had accused Trump of using bad methods to appoint one of his own.

“We believe this move by the President is a typical routine move exercised by Presidents,” said one official.

“I think Trump wins, but unfortunately it is going to take a while,” Alan Kaplinsky said.

“We have gone out of our way to avoid an unnecessary legal battle with Mr. Cordray and his actions clearly indicate that he’s trying to provoke one,” another official said.

Maxine Waters said “the White House would have an alarming degree of direct control over financial regulation, supervision, and enforcement.”

Maxine Waters held the post of top Democrat on the House of Representatives’ Financial Services Committee.

A senior official said “we don’t have any reason to think that anything out of the ordinary course will happen: we think (Mulvaney) will show up Monday and he will go into the office and start working.”

It was believed that Mulvaney could hold the post for months. This was due to the U.S. Senate confirming him for the position.

Some thought the process created a level of uncertainty. So until Congress makes a decision Trump’s nominee remained in place.