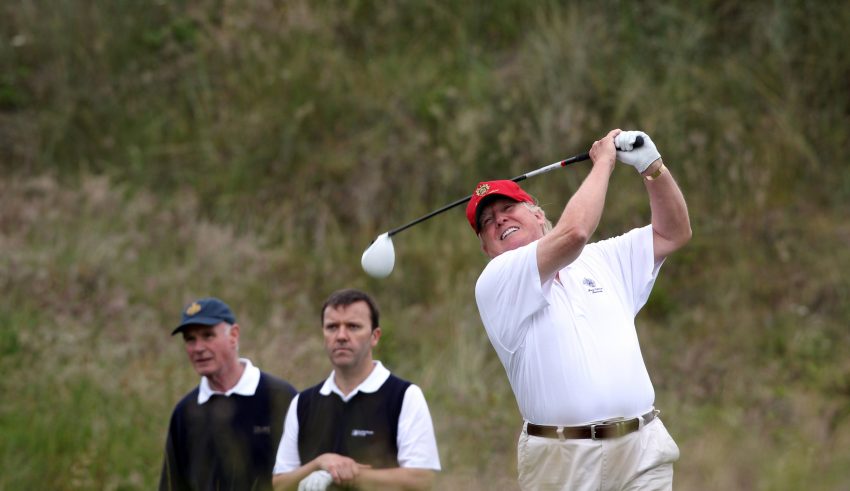 He had said that Obama wasn’t dealing with the issues facing the Country. Trump criticized him occasionally for this practice.

Now Trump had been doing the very same thing he accused Obama of doing. It was also believed that Trump might triple Obama’s time on the golf course during his first year.

Statistics were staggering as he was expected to play more than George Bush played while in office.

Trump had made this declaration at a function in August 2016.

So it seemed Trump had broken his promise to the people. This situation was even more ironic because he often mocked Obama for playing golf.

He recently spent time at the Trump International Golf Club in West Palm Beach, Florida. It was reported that the trip marked the 81st day he visited one of his golf courses.

Nicklaus said “I like what Donald has done… He’s turning America upside-down. (He’s) awakening the Country.” He made these comments to CBS during an interview.

It was reported that Trump was on the golf course for four days straight.

While at a course near Jupiter, Florida he played with some other golfing professionals. He reportedly played with Tiger Woods, Brad Faxon and Dustin Johnson.

The President also played while in Japan. He played with Japan’s Prime Minister Shinzo Abe at Kasumigaseki Country Club in Kawagoe.

Mark Knoller kept detailed statistics of Presidents who played golf. He said Obama played 333 rounds of golf during his eight years in office.

Knoller said former President Bush only played 24 rounds and stopped during his Presidency.

Based on the stats Trump would certainly surpass everyone. He had already been on the course at least 81 times.

It was noted that he might not have played every time he visited, but nothing could be confirmed.

Trump had definitely pulled a fast one on the American people since he had eaten his very words.