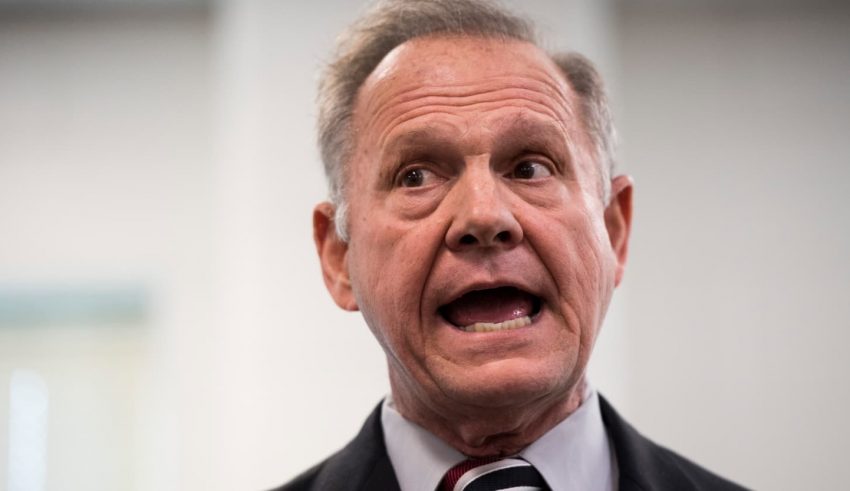 The latest poll had put Roy Moore ahead of Doug Jones to win the Alabama race. This was good news for Moore who was facing multiple sexual allegations.

At one point his popularity had declined because of this. Moore however denied all claims and refused to quit.

Since losing traction due to the allegations, Moore had regained his footing according to the latest poll.

Recently while talking to constituents at a church service, someone interrupted him. Moore started to plead his case to which someone shouted, are you calling the girls liars?

“Who are they? The liberals. They don’t want conservative values,” he asked.

Moore spoke from the pulpit of the Magnolia Springs Baptist Church in Theodore, Alabama.

A protester shouted asking Moore “the entire town? Are all the girls lying?”

It showed Moore led the poll 48 to 43 percent. The difference in numbers wasn’t significant, but was noteworthy.

It was noteworthy because of the allegations against Moore and the large amount of radio ads about those allegations.

Of the 650 persons taking the poll, 5 percent were undecided. Other polls recently done showed similar results.

Earlier in the month of November a poll had put Jones ahead of Moore by 3 percent.

Whether the polls would be reflected on Election Day was a totally different matter. At the end of the day, polls don’t win elections.

The choices that voters make on that day determine the outcome. Polls may give an idea of what could be expected but that’s about all they do.

Trump had fully thrown his support behind Moore. It remained questionable if this made any difference to the poll results.

Come December 12th 2017, constituents would decide who they wanted. All speculating will no longer matter in a few weeks.