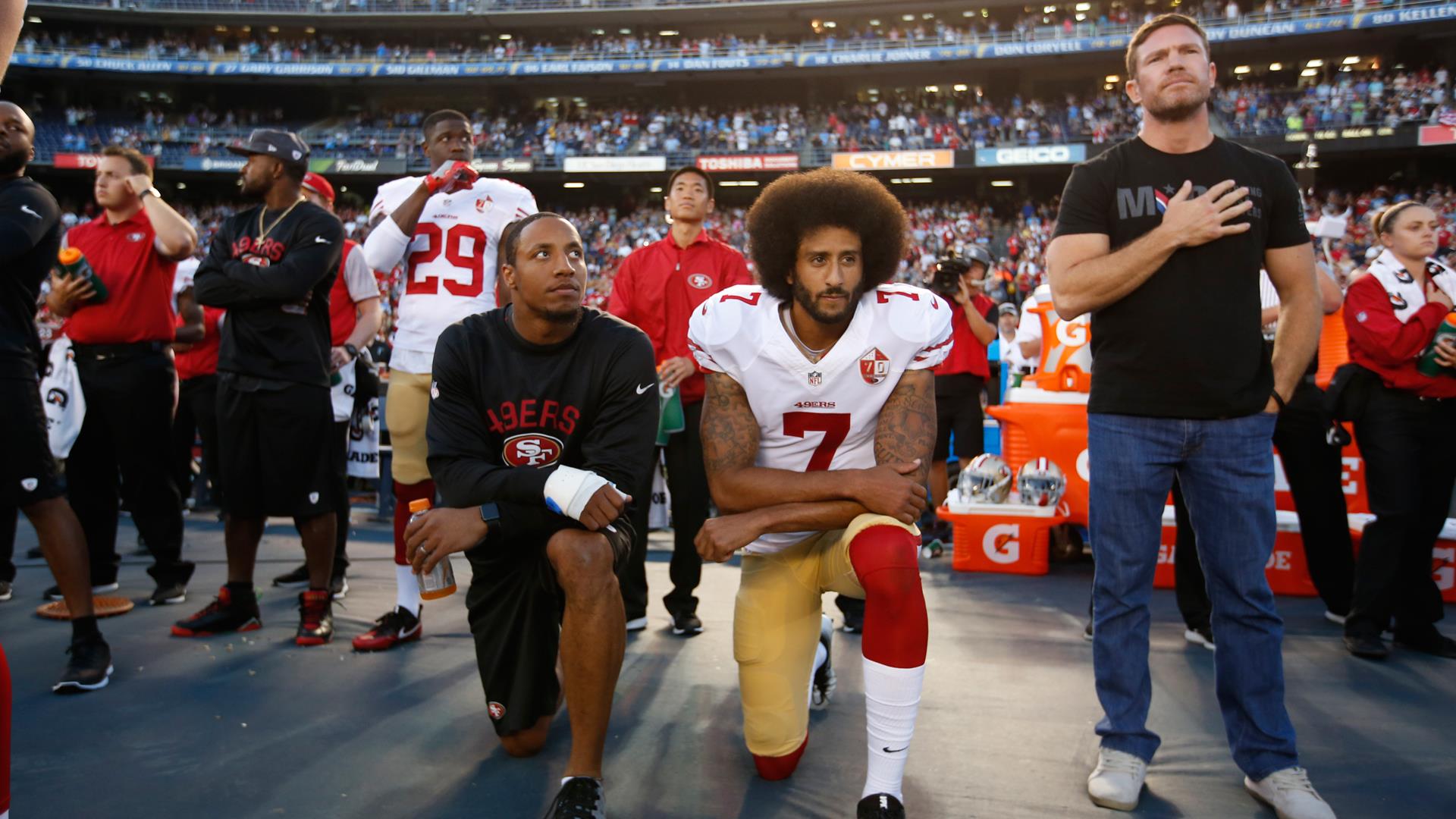 Politics continues to play a large role in the NFL chaos. Recent comments by Trump have seen some owners protesting.

Many players recently took to the knee in protest to his comments. The problem has even stretched to NASCAR.

The issue is causing chaos throughout the sporting community. It is also causing a rift among coaches and players.

Everyone doesn’t view the issue the same way. Mostly African Americans have taken to their knees in protest.

The problem is a sensitive one and has plagued America for centuries. It continues to show its ugly head.

Trump’s comments have only created more controversy. Before us lies a Nation divided and it affects every quarter.

What started as a peaceful but controversial protest has gotten out of hand. Colin Kaepernick was the first to kneel during the National Anthem.

This was done because of how African Americans were being treated. He received ridicule from many and was fired.

But what about those who he represented? Can one thing be justified and the other neglected?

Now latest comments have angered Owners, coaches and players. Fans are suffering because the game has lost its way.

Instead of just being a sporting event, it has become political. One can only wonder how badly the players are impacted.

The President asked for players to be fired for their right to equality. This is sure to be playing on their minds even during a game. Does anyone even consider this?

NASCAR has taken a stance with the President. It says anyone who protest during the playing of the Anthem will be fired.

Patriotism is more important than life or equality. But can you have the one without the other?

The question is can a person who thinks he is targeted by law enforcement being any good to its Country?

What about performance? How well will a person who suffers under racism perform for his or her Country?

NBA players have spoken out against what has been ongoing as well. Many have made their frustration clear on twitter and talking to the media.

The problem is more than a sporting one. It hits home to every individual. The reason is a more social one, which affects persons mentally.

How can telling a person you don’t want them here by use of force solve anything?

On the other hand, could African Americans find another way to protest? Is ignoring the anthem the only way to solve this problem?

So far it hasn’t helped the situation. Both sides need to find a more readable solution.

A leader should lead and have every one of his people at heart. He should not pick sides.

The people themselves should work with their leaders as much as possible. Unless that leader does what is considered unconstitutional, give him or her support.

The promotion of hate will only cause more problems. If this chaos continues, that is all that will be seen.

previousStevie Wonder Joins Sports World After Trump’s Remarks
nextNew Travel Ban Could Sparks More Emotions And Outrage
We use cookies on our website to give you the most relevant experience by remembering your preferences and repeat visits. By clicking “Accept” or continued use of site, you consent to the use of all cookies. Privacy Policy
Do not sell my personal information.
Cookie SettingsAccept and Close
Manage consent