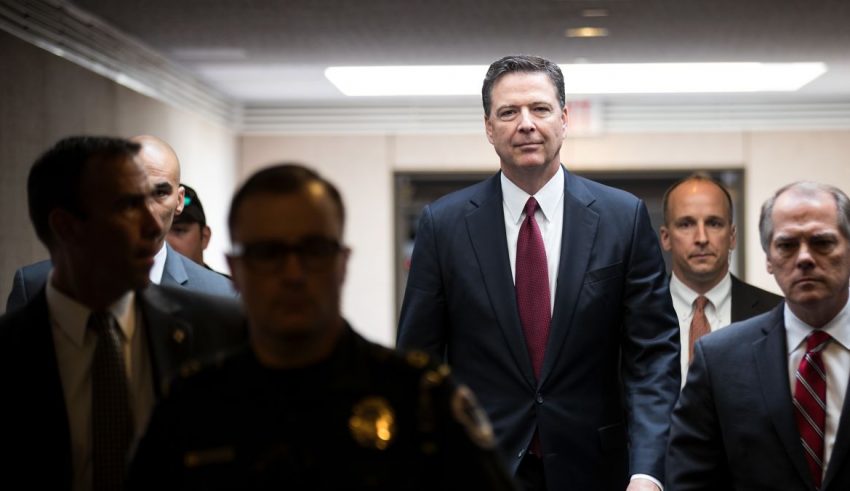 The onslaught of the President of the United States of America continued relentlessly. The President already had his hands full dealing with sexual accusations and a recent raid on his lawyer.

Now James Comey’s new book had painted Trump in an even darker light. Comey who was on a tour promoting his book had nothing nice to say.

Trump was compared to a mafia boss and that his ego got in his way. Comey also discussed the conversation he had with Trump about the Hillary Clinton email scandal.

It also relates to the statements he gave during his interview with Senate. He also compared Trump’s leadership to a forest fire that couldn.t be contained.

Comey’s book didn’t make its presence felt without rebuttal though. His book met with stiff resistance from the GOP.

The GOP produced a cover of a book aimed at mocking Comey. The review was entitled “Widespread accord for James Comey’s ego.”

The book entitled “A Higher Loyalty” is to be released shortly. In his book Comey wrote “Donald Trump’s presidency threatens much of what is good in this nation.”

“They were about to lead a Country that had been attacked by a foreign adversary, yet they had no questions about what the future Russian threat might be,” Comey writes in his new book.

The recent raid against Michael Cohen’s office was worrying for Trump and his allies. They felt that the FBI may have recovered something that was vital to them.

“We heard he had some proclivity to make tapes,” said one Trump adviser.  “Now we are wondering, who did he tape? Did he store those someplace where they were actually seized? . . . Did they find his recordings?”

He preferred to remain anonymous due to the ongoing investigation.

“If you are looking for evidence, you can’t do any better than people talking on tape,” said Nick Akerman.

This seemed to indicate that something may have been said that was detrimental to Trump or his allies. If there was nothing to hide, there would be no serious concern about what was found.

It was clear that no one wanted their privacy abused and that was agreeable, but there could be more to the issue.

It would just be a matter of time before anything findings would be released. Mueller was known to take his time and run through all evidence before making his move.

If anything was found, it would surely come to light at some point.