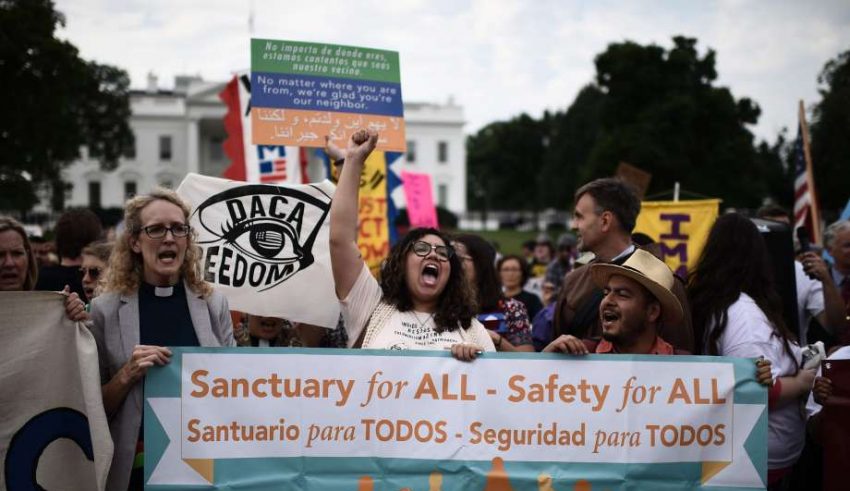 The Supreme Court decision not to interfere in the ongoing legal feud between President Trump and Dreamers puts pressure on Congress.

The decision means that the Dreamers would be under less pressure about leaving the Country for now.

Democrats had been pushing for an immigration bill that would allow them to stay. They had used the spending bill as the platform to make this possible. Some may have considered the move holding the Government to ransom.

The bill however failed to get the necessary votes needed to be implemented into law. Democrats continued to draft a bill with the hope of getting Congress to support it.

Sen. Lindsey Graham talked about a temporary bill for a few years until something more feasible could be presented.

“That’s probably the most likely thing, when we write the funding of the Government bill we’ll extend DACA legislatively, making it legal for a year or two and kind of punting it,” Graham told reporters.

Graham mentioned three options, hopeful that one of them could be the turnaround needed. He hoped that the border wall funding would be enough or that Congress would do nothing.

“I have a feeling what we may see on this is … a DACA fix and some border security, a much smaller package, that will be attached to the March 22 spending bill. If I was guessing what was going to happen, I think that’s what may happen,” she said.

The ruling placed an ease on the Dreamers but still left thoughts of uncertainty. The court doing nothing was still doing something by staying out of the legal battle.

“We need to give young immigrants who came to our country as children permanent assurance that they are safe here, and we need to give them this peace of mind now,” former vice president Joe Biden wrote on Twitter. “They shouldn’t have to spend another day living with fear and uncertainty.”

It was thought by some that Congress needed to act and not depend on the court to make decisions for them.

“It would be foolish to take, sort of, false confidence or hope that somehow the courts are going to save us from having to make a decision,” said John Cornyn.

“This takes away the urgency to do something,” said Mark Krikorian. “Everybody will be like, ‘Let’s kick the can down the road and deal with it when­ever.’ ”

Krikorian, Executive Director of the Center for Immigration Studies was responsible for reducing the levels of immigration.

This means that until some sort of proper decision was made, the Dreamers were neither here nor there. They just don’t know how this would turn out. Some ease!