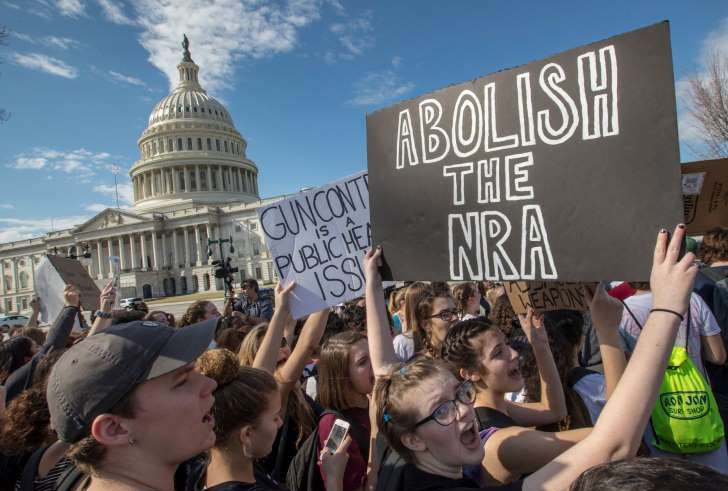 The pressure was mounting on Congress to do something about gun control. Protesters were adamant that something be done and to even shut down the NRA.

The NRA found itself losing much of its sponsors and wasn’t taking it lightly lashing out at the decision to curb gun laws.

The citizens of America had enough and pushed with intent to have Government do something about the gun issues.

Trump was expected to meet with politicians in Florida where the latest massacre took place. He was looking to bring some sort of reform but he could have a fight on his hands.

Trump was known to be close to the NRA, but these new developments could change all of that.

Americans meant business, they protested against the NRA and demanded laws be implemented to curb gun use and purchase.

The biggest issue Congress faced was what changes could and should be made. The matter wasn’t an easy one to solve and had been neglected by lawmakers for decades.

The issue found favor from those seeking election. They had started to use the problem as a platform for their campaigns.

“I think for Republicans our challenge in the next race is going to be about appealing to the suburban vote that hasn’t been so good for Republicans the last few races,” said Gov. Bill Haslam.

One of the stipulations was to raise the age from 18 to 21 for those who can purchase guns. What effect that would have remains uncertain. Age doesn’t play that big of a factor when it came to improper gun use.

“I don’t know if crossing the Rubicon is the right historical analogy, but there is a sense that this is different,” Jeff Flake said. “Where the public is and where some Republicans have been on some of these issues just doesn’t match, and I do think we’re going to have to deal with it.”

The trauma that one can endure from something like a mass shooting doesn’t just fade from the mind.

“We have a group of articulate and smart students who are also very angry and have been activated, and so they have captured the attention of our Country, including members of Congress,” he added.

Then there was the NRA, who have ties with many politicians. They have made their demands just like the citizens who want some sort of reform. Who will Congress listen to remains to be seen.

“I think there’s a temptation just to do a whole host of things that are not really addressing the fundamental problem but would make people feel better that they’ve done things,” said Gov. Asa Hutchinson of Arkansas.

It was said that Gov. Hutchinson also had ties with the NRA.