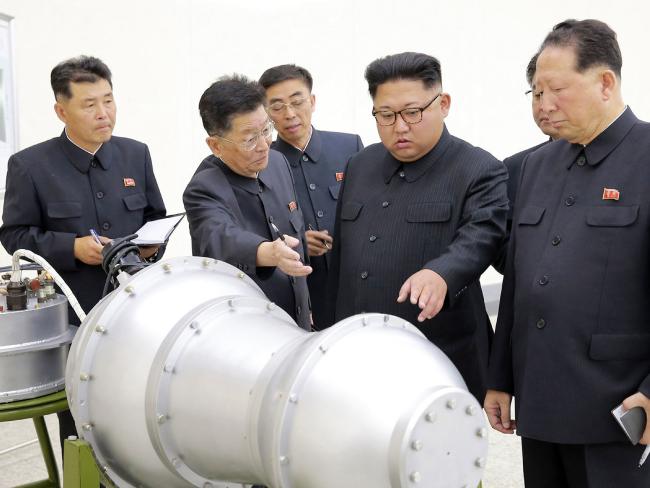 North Korea has recently done another missile test. This time they claimed to have tested a hydrogen bomb.

Trump tweeted that “North Korea has conducted a major Nuclear Test.” He also added “their words and actions continue to be very hostile and dangerous to the United States.”

Tensions have been high between North Korea and the US. South Korea and Japan are also vulnerable.

Kim Long-un had stopped testing missiles for a few days. This came after Trump threatened with fury and fire.

His Country restarted tests recently. This is the third test in a short span of days.

North Korea has seemingly sped up their missile tests. The reality of a strike on any Nation they choose is real.

Many Countries are weary of the threat of North Korea. Trump tweeted “North Korea is a rogue nation which has become a great threat and embarrassment to China.”  He wrote they are trying to help, but have been unsuccessful.

North Korea has been very boastful about their tests. They have called the recent test a success.

All of these tests leave many unanswered questions. What is the purpose of all the nuclear activity?

What is Pyongyang planning to do with all these missiles? Are they planning an attack, or just showing force so they can be left alone?

What is sure is there are many tests being done. Leaving many Nations like Japan and South Korea weary.

America and its allies have responded with flyovers. North Korea hasn’t been fazes by this. In recent time South Korea showed a sign of force.  That Country bombed the border between them and the North.

Despite this the North still continues to test missiles. Thus far no missiles have failed to launch. Worst case scenario could be a missile failing and hitting Japan or the South.

This is due to the North launching missiles over these Countries into the sea. Kim Jong-un may have seen Trump’s threats as hot air.

With all the threats Trump has made, North Korea still does as it pleases. The people watch closely to see what the President will do.

The cry has been no more options available in dealing with Kim Jong-un. Trump has already said talking is not the answer. What the world may be waiting for is the answer.

The last thing anyone wants is war. South Korea has been calling for a strong response to recent tests.

But how strong of a response is possible without causing a major war? That seems to be the biggest challenge facing every Nation involved.

What solution can Trump find that will leave a peaceful result?

previousTensions Could Be Brewing Between Donald Trump And John Kelly
nextHow Deep Could The Single-Payer Bill Impact Others?
We use cookies on our website to give you the most relevant experience by remembering your preferences and repeat visits. By clicking “Accept” or continued use of site, you consent to the use of all cookies. Privacy Policy
Do not sell my personal information.
Cookie SettingsAccept and Close
Manage consent