No White House Problems Trumps Insists All Is Well 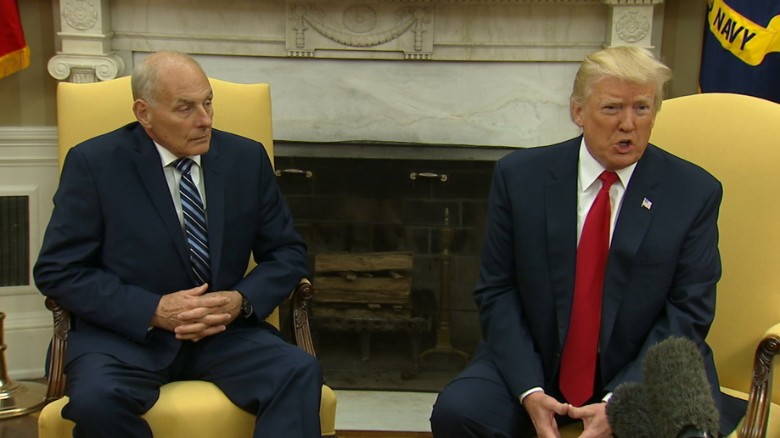 How could anyone believe that there is trouble brewing at the White House? I mean all the firing and hiring is normal. There is no reason to think there is a need for any sort of reform.

Family argue all the time, right? That is what the staff at the White House is like right? I mean what reason could there be to fire Reince Priebus and hire a General?

Seems to me the staff needs discipline, so Trump hired a disciplinarian. After all John Kelly is known for his no nonsense attitude. So why would you need to hire someone with such credentials? Does the President need an army buddy around, or is there another purpose?

Questions Must Be Asked

All of these questions may seem baffling, but they are necessary. The President said all is well at the White House. Kelly was sworn in recently as the new Chief of Staff. What power will Kelly wield or is he just there in name only.

The White House staff is probably trembling in their boots right now? I can remember watching war movies and seeing guys scared of the drill sergeant. Wonder if this is the same scenario? Kelly getting Trump to behave would be comical.

Really though, what is Trump’s purpose for Kelly? We might know very soon, since his first day on the job has started.  Let’s hope Trump doesn’t do himself an injustice by hiring Kelly.

Cory Lewandowski said to let Trump be Trump. Is this guy serious about what he said? This guy says Trump won’t change for anyone, does that include himself? If he finds himself in a pickle, because of his behavior, yes!

So far that is what the people of America have been doing. Let Trump be Trump and nothing else. He is the President after all. How will he handle his office if everything starts to fall apart? The same way he handled his business when things went sour?

Will he file for bankruptcy? What will he do? The answer will probably be different from previous statements. He has denied the White House is in a dilemma. Trump has fired quite a few people already. There are others he want to resign as well.

If that isn’t enough proof, then look at Congress. Senate refusal to pass bills that Trump is pushing. Trump constantly criticizing members of staff on Twitter. I mean what more proof do we need? There is certainly no need for a private investigator. Everything is open to the public eye.

Twitter alone takes views and news all over the World. So for Trump to deny this is a waste of time is strange. He can deny all he wants; the proof is in the pudding. Or better yet the General is in the White House.

Like anything else that is based on speculation. It’s all about time. Time will tell if things are good. It will also tell if Kelly can make a difference.

previousAugust Recess Will See Congress With No Budget Plan
nextWe Will Keep The Filibuster Says Sen. Jeff Flake
We use cookies on our website to give you the most relevant experience by remembering your preferences and repeat visits. By clicking “Accept” or continued use of site, you consent to the use of all cookies. Privacy Policy
Do not sell my personal information.
Cookie SettingsAccept and Close
Manage consent