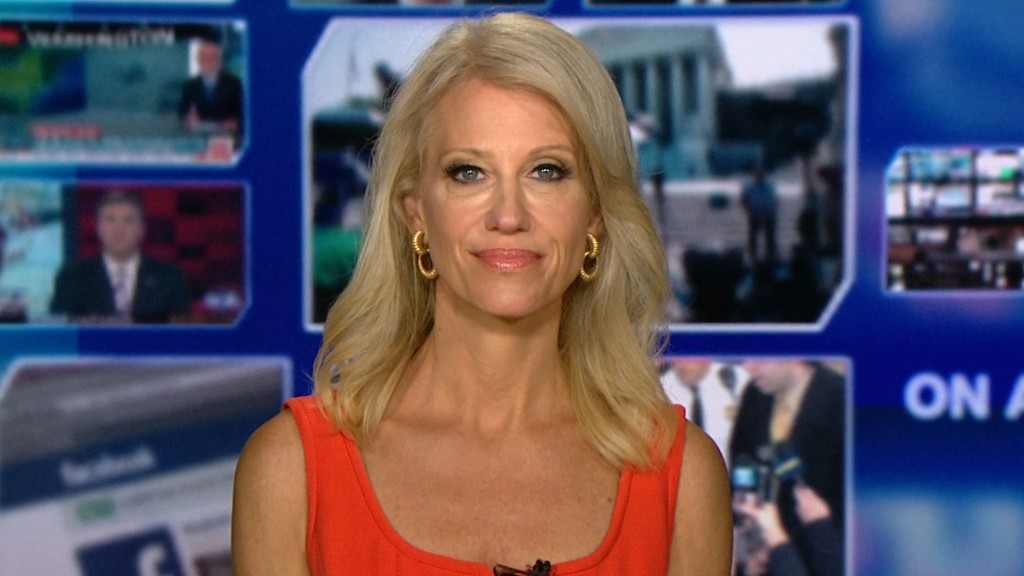 Kellyanne Conway is the person who came up with the term alternative facts, and 6 months later she attempted to explain what she meant by that term. The term was born after a dispute about the size of the inauguration crowd for Trump, that it was not the largest the Country ever saw. Conway asked if it was alternative facts that he is accusing Sean Spicer of using during an interview with NBC’s Chuck Todd.

All the talk about alternative facts started through what Spicer claimed, and the term started to gain popularity. Jan 21 was the first briefing for Spicer, where he accused the media of telling lies about the size of the crowd. He stated that “This was the largest audience to ever witness an inauguration, period, both in person and around the globe.”

“Alternative facts are ‘partly sunny, partly cloudy,” said Conway. Does this explain anything at all when it comes to what is considered alternative facts? She stated that the media knows what she meant, but are trying to be very negative in their approach.

It is clear that with technology readily available, anyone with access can search for and watch the inauguration and view for them selves. The claim is that 10 years ago this couldn’t be done. The inauguration was watched on television 10 years ago, the same very way it is watched today. So basically what she said has no merit, and doesn’t help her argument. She also made it clear that she could prove Trump caused job increases and stocks to rise.

The latter 2 seem to be prophetic, but only time will tell. Health care has met it’s share of hurdles and is still not what they hope to accomplish. Tax reform has caused a stir as well, with many questioning Trump’s tax history. Hope is high for these 2 proposals, but they have yet to be passed.

Conway on another occasion gave her explanation of alternative facts, it was the very same comment. The thing about all of this remains cloudy, as the idea for an alternative fact seems more a case of telling lies. If I don’t give you the facts, what am I giving to you? If you can answer that question, I am pretty sure you will have your answer.

So does Kellyanne Conway know what she meant by alternative facts? Did she just use the term loosely not expecting it to gain such recognition? If someone were to ask you what is alternative facts, what would you say? Is it partly cloudy, partly sunny, or is it something else all together?

previousFormer Press Secretary Sean Spicer Says Media Is Nothing But Click Bait
nextHow Feasible Is Donald Trump’s Vision Of The Mexico Border Wall?
We use cookies on our website to give you the most relevant experience by remembering your preferences and repeat visits. By clicking “Accept” or continued use of site, you consent to the use of all cookies. Privacy Policy
Do not sell my personal information.
Cookie SettingsAccept and Close
Manage consent