How Feasible Is Donald Trump’s Vision Of The Mexico Border Wall? 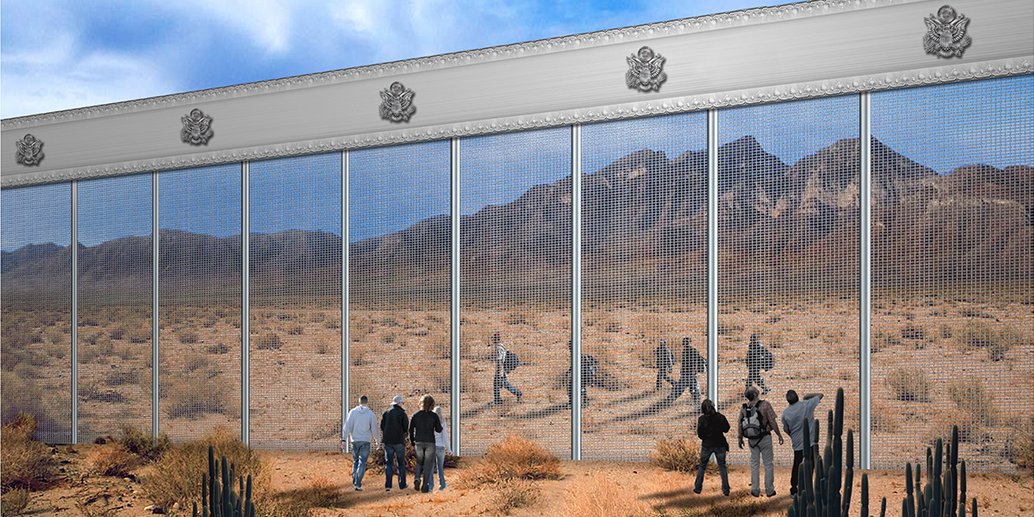 What has been dubbed the Trump wall is still on the President’s mind. The wall which can cost billions of dollars to build is to create a separation between Mexico and the United States. It runs from California to Arizona and covers about 700 miles, but if Trump has his way an additional 1300 miles will be added. That will take the wall to Brownsville, Texas. It seem unlikely though, as he said the wall doesn’t need to be that long and can  settle for 700 to 900 miles, short by a few hundred miles.

Trump had promised he will make Mexico pay for the wall and said he will build a great wall. Now that the campaigning is over, it doesn’t look like Mexico will be the one paying for any wall. Trump initially said the wall will be 90 feet tall, but later changed the height to 35 to 40 feet. During the campaign trail, Trump added some more feet to the wall because of crowd reaction, bringing the promised height to 65 feet.

Trump even talked about making solar panels as part of the wall, allowing the wall to pay for itself. He jokingly said that Mexico would have less to pay with a wall like that. It seems Trump still hasn’t let go of the idea of Mexico paying for the wall.

The original estimate was $40 Billion, but the White House proposed a budget of $1.5 billion, to start the wall, or in this case continue from what is already there.

The official papers for the wall has it at  a maximum height of 30 feet, and a minimum of 18 feet. The proposal is for “a see through wall” making it easy to see either side of the structure. The bid comes with quite a number of requirements, including how deep a person can dig under the wall. Also important is the height not allowing anyone to be able to climb over it.

Trump often mentioned falling drugs, this seemingly is a big concern for him. With the U.S Customs and Border Control actively working the border, the chances of being hit with a bag of drugs should be small. The main issue for Trump is if he will be able to have his wall built. He said the wall is being repaired in areas where breaches have been found. That reinforcement is also being implemented where necessary.

Even with the artist impression of what the wall would be like, and with all the promises from Trump, this is just another one of his promises on the agenda yet to be delivered. Lots of funding for many other projects have taken precedence, including funding for weapons of warfare.

previousDoes Kellyanne Conway Understand The Term Alternative Facts?
nextJohn McCain Not Ready To Vote On Health Care Bill
We use cookies on our website to give you the most relevant experience by remembering your preferences and repeat visits. By clicking “Accept” or continued use of site, you consent to the use of all cookies. Privacy Policy
Do not sell my personal information.
Cookie SettingsAccept and Close
Manage consent