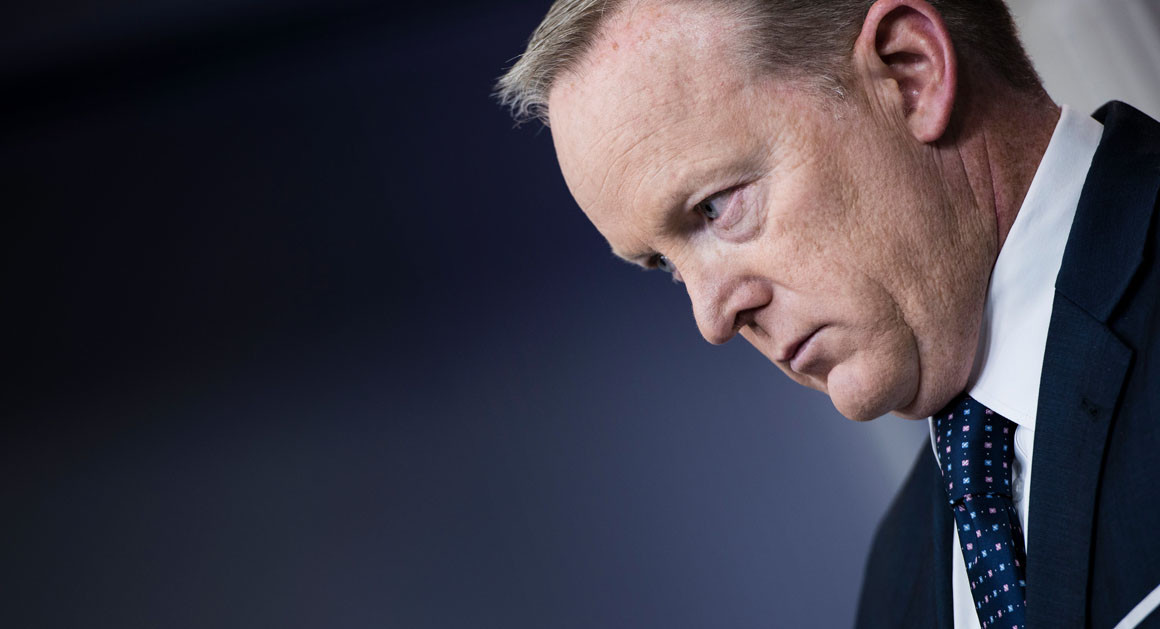 Sean Spicer is leaving the White House, he made his resignation public recently. Spicer held the position as Press Secretary and during his time in that post he faced many critical issues, some that he didn’t handle very well. Spicer had opposed the hiring of New York financier Anthony Scaramucci. He takes up the post of White House Communications Director. Both Spicer and Scaramucci implied his resignation paved the way for a new start in the communications department.

White House Chief of Staff Reince Priebus had praises for Spicer. They both worked together on the Republican National Committee. He made it clear that doing the Press Secretary’s job goes beyond answering the questions of reporters who loved to pry.

Bullying Of The Press

Spicer had a lot to say in regard to how the press handled news and the approach they brought to press briefings. He argued that if persons knew how the media dealt with issues they would be appalled. He said that he was “shocked and disappointed to see some of the bias that exists.” He believed that most of the media with whom he came into constant contact didn’t do a good job. That being said he doesn’t put everyone in the same group.

He also said “I think there’s become a very ‘clickbait’ mentality among a lot of reporters where they’re more interested in their clip or their click than they are about the truth and the facts.” Spicer who was the Press Secretary for only 6 months was on Fox News recently. He appeared on the show hosted by Sean Hannity who had invited Spicer as his guest.

More recently, press briefings have been done off camera. The White House has been trying to protect itself as they claim the media has been trying to tarnish their reputation by attacking Spicer with crafty questions. Spicer believes many of those doing reporting aren’t interested in the facts, but are just looking for a way to become popular.  He is quoted as saying ‘How do I get on TV? How do I become a YouTube star?’ and that’s disappointing.”

The same Fox show Hannity, has been a place of rescue for Trump Jr. as well. He appeared on the show after the Kremlin lawyer meeting dilemma. The White House Chief of Staff, Reince Priebus also appeared on the show, where he discussed his former ally, Spicer.

The past 6 months have definitely been a rough time for Spicer. He has faced many challenges and that is clear. Time and time again he has faced lots of ridicule because of how he answered many of the questions from the media. And though he has left the post of Press Secretary,  his contention with the media is far from over.

Spicer’s first briefing was on January 21, 2017 and it was considered memorable. By May it was reported that Spicer was hiding among the bushes as it became harder to represent the current Commander in Chief. He just avoided the reporters and huddled among the staff.

previousDonald Trump Accuses 20 States Of Voter Fraud, Does He Have The Facts To Back It Up?
nextDoes Kellyanne Conway Understand The Term Alternative Facts?
We use cookies on our website to give you the most relevant experience by remembering your preferences and repeat visits. By clicking “Accept” or continued use of site, you consent to the use of all cookies. Privacy Policy
Do not sell my personal information.
Cookie SettingsAccept and Close
Manage consent