November 27, 2020
Home News John Kelly Denies Report That He Called Trump An Idiot As He Could Become New VA Chief 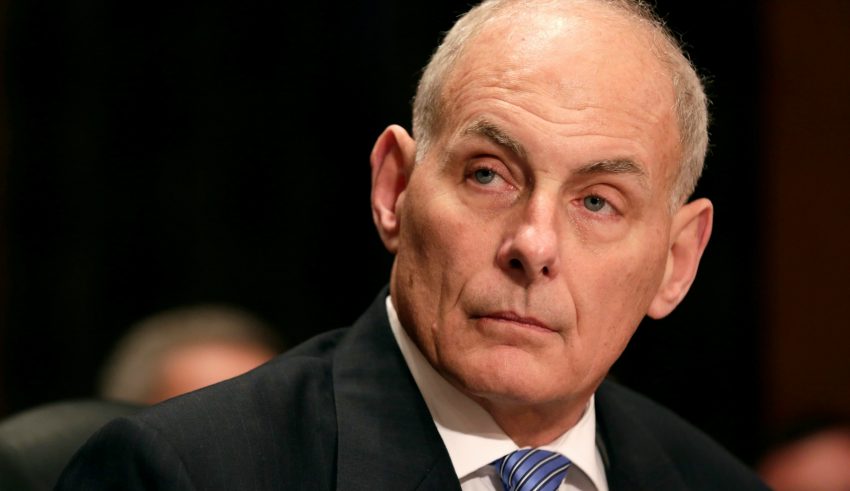 It was allegedly reported by members of the White House staff that John Kelly called Trump an idiot. He however denied such reports and dismissed the report as “total BS.”

The last person who was accused of calling Trump by a disrespectful name no longer worked at the White House.

Rex Tillerson was accused of doing the same but unlike Kelly he refused to say whether he did or not.

Kelly made it clear that the rumor was false and said his time with the President surpasses anyone else.

So why would staffers say such thing about one of their superiors? Was there a plan to undermine Kelly or even Trump?

Or maybe Kelly did call Trump an idiot and now was denying he did so?

At this point it didn’t seem to matter that much since another report stated that Kelly could become the Veteran Affairs Chief.

“There have been discussions among the senior staff and the president directly about the possibility of Gen. Kelly going there [to the VA],”a source said.

The person who disclosed the information was familiar about the situation.

It was stated that the department needed someone with political capacity. The department has about 370,000 persons.

The person still had to be approved by the Senate, so Trump wanted someone who was considered strong enough to fill the post.

It was not yet confirmed if Kelly was indeed chosen for the post.

It was also felt that putting Kelly in such a position could cause more harm than good.

The rumor reported by NBC News was called fake by the President who supported his Chief of Staff.

“I spend more time with the President than anyone else and we have an incredibly candid and strong relationship,” he said. “I am committed to the President, his agenda, and our Country.”

“The Fake News is going crazy making up false stories and using only unnamed sources (who don’t exist). They are totally unhinged …” he wrote.

Kelly added “this is another pathetic attempt to smear people close to President Trump and distract from the administration’s many successes.”

Reports from staffers within painted a different story, but at this stage it was a “my word against your” type of thing.

“He says stuff you can’t believe,” said one senior White House official. “He’ll say it and you think, ‘That is not what you should be saying.’”

“Kelly appears to be less engaged, which may be to the president’s detriment,” a second senior White House official said.

“He doesn’t even understand what DACA is. He’s an idiot,” Kelly said in one meeting, according to two officials. “We’ve got to save him from himself.”

This was just another sign of contention in the White House. Something Trump has denied saying that reports were false about problems in the administration.

Or maybe he was right and all of this was some outside sources trying to create mayhem within and make the people doubt.

Whatever was ongoing wasn’t good for the Country and some sort of clarity and transparency was needed.