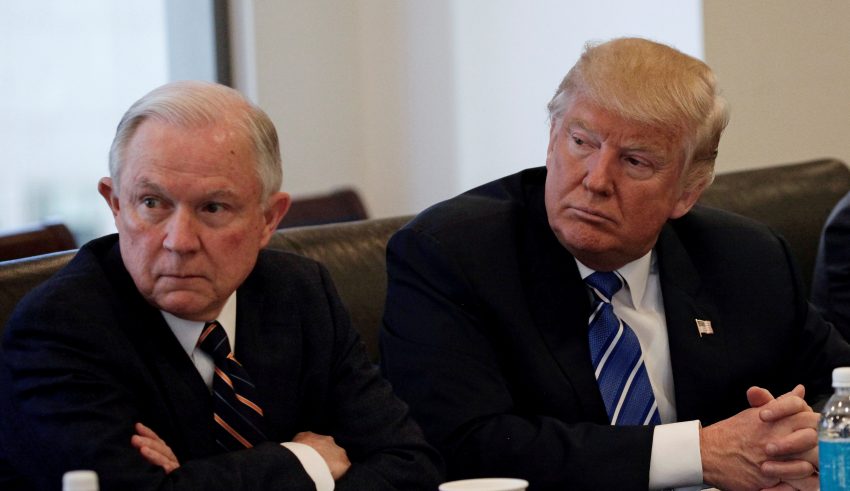 Heads could soon roll after Attorney General Jeff Sessions spoke to the Judiciary Committee. He said that he doesn’t think there was any need for a second Special Counsel.

The DOJ also had issues with the need for another Special Counsel. This issue shouldn’t be a problem anytime soon, if ever.

Sessions also continued along the same trend of being forgetful. But those on the Committee helped him remember. This had certainly put Sessions in a tough position.

“I pushed back and said you shouldn’t do it,” Sessions recalled. “So I don’t think it is right to accuse me of doing something wrong.”

Sessions now seemingly remembered saying this to George Papadaopulous. He had denied knowing anything on two previous occasions.

Sessions placed himself in a predicament by denying he knew anything in the first place. The testimonies given by Papadaopulous exposed him.

JD Gordon’s testimony made it clear that Sessions was against any Trump and Putin meeting. These testimonies have put now remembering. He had tried to validate himself, but by refusing to acknowledge he knew anything he did wrong.

Sessions didn’t do himself any favors when asked about prosecuting Democrats.

Jim Jordan told Sessions “we know one fact: We know the Clinton campaign and the [Democratic] National Committee paid for — through the law firm — paid for the dossier. We know that happened.”

“And it sure looks like the FBI was paying the author of that document. And it sure looks like a major political party was working with the federal government to then turn an opposition research document that quoted some National Enquirer story into an intelligence document, take that to the FISA [Foreign Intelligence Surveillance Act] court so that they could then get a warrant to spy on Americans associated with President Trump’s campaign. That’s what it looks like,” he continued.

Sessions replied “I would say ‘looks like’ is not enough basis to appoint a special counsel.”

His comments angered Trump, who had pressured him to prosecute Hillary Clinton.

Sessions also talked about Trump’s son and his conversations with WikiLeaks. He was surprised that Trump Jr. even responded to them. He said if it was him he wouldn’t have anything to do with them.

This could be seen as another issue that could anger Trump. Sessions might find himself without a job soon. Questions were raised in the past about his job security.

Now with his seemingly lack of loyalty going out the door seemed possible.