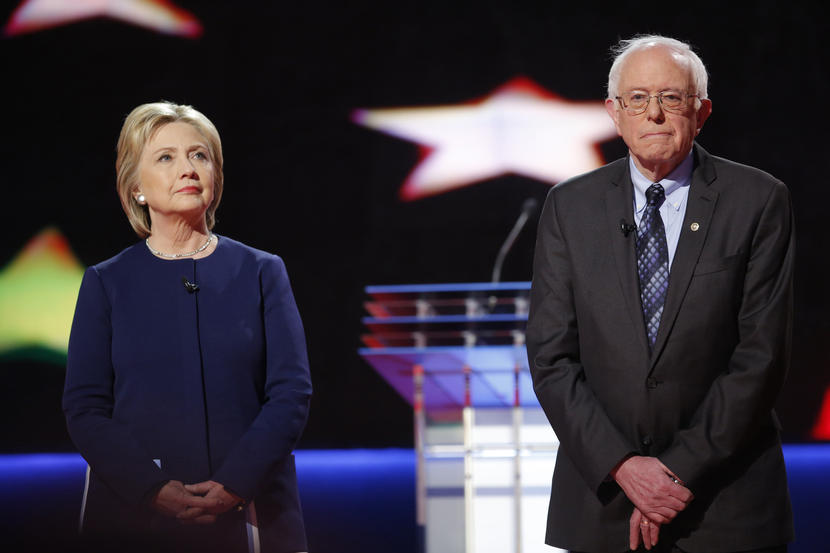 The disunity in the Democratic Party will linger long. A recent book by Hilary Clinton shows there is still disunity.

In her new book, Clinton blamed Sanders for her losing the Election. Bernie Sanders ridiculed Hilary Clinton during the Democratic race for the Presidency.

Supporters for both persons showed how tense the battle was. The intensity was visible during the final debate in Brooklyn.

The two differed on many things despite being of the same Party. Hilary threw punches as well, the last debate was considered even.

Clinton is considered more liberal. Sanders is believed to be more like Ted Kennedy. Clinton thinks change is inevitable to survive in the political arena.

Bernie Sanders was big on the economy and politics in general. He talked about how Clinton handled foreign policy.

He didn’t go dirty, just facts about handling some issues. Clinton believes all of these facts helped in losing to Donald Trump.

“His attacks caused lasting damage, making it harder to unify progressives in the general election. Paving the way for Trump’s ‘Crooked Hillary’ campaign.” She said.

She even wondered if what was done bothered Sanders in any way.

Clinton said “he certainly shared my horror at the thought of Donald Trump becoming president.” She was thankful for his support. Clinton made it clear that Sander isn’t a Democrat, but an Independent.

Anyone who read the book would clearly see the remorse for Sanders. She said “he didn’t get into the race to make sure a Democrat won the White House. He got in to disrupt the Democratic Party.”

Are these claims true though? Sanders has been busy with a bill that is very similar to Obama care. He is considered a Democrat by some, he affiliates with them.

Her book certainly puts the blame squarely on Sanders.

Democrats have been in a dilemma and this book won’t help. This might only serve to create more of a rift.

Her supporters and his supporters could clash on differences. Sanders has been the most prominent face for Democrats of late.

Clinton’s claim of Sanders may have an element of truth. It seems that that could be changing as Sanders pushes the Medicare bill.

One that he says can help Presidential hopefuls in their bid. He has received support from some Democrats already.

He has been pushing economics that he thinks the voters want to hear. Others believe that Sanders revolutionary move will doom Democrats.

The opinions vary on how he will affect the Democrats. It is even believed by some he could save them in 2018.

For an Independent, Sanders is certainly a central figure with them. He has written a new book as well about politics.

Realistically is Sanders a Democrat or an Independent?  One thing is sure Sanders is one of the few who is pushing for reform.

Democrats need to rebuild and become a force once again. Someone needs to step up and lead and all eyes seem to be on Bernie Sanders.

previousDecision To End DACA Creates Storm For Trump And His Family
nextHillary Clinton’s Blame Game Continues As She Attack Women
We use cookies on our website to give you the most relevant experience by remembering your preferences and repeat visits. By clicking “Accept” or continued use of site, you consent to the use of all cookies. Privacy Policy
Do not sell my personal information.
Cookie SettingsAccept and Close
Manage consent