November 30, 2020
Home Opinion Half Of Minnesota Reportedly Want Al Franken To Stay As He Promised Not To Keep Silent 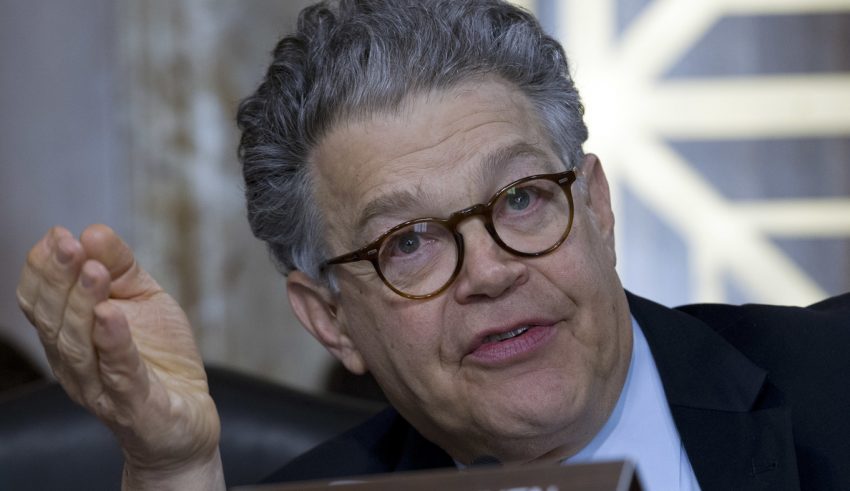 Al Franken had said he would resigned after he was accused of sexual misconduct. It took a while before he finally decided to quit even as he apologized for his actions.

Franken had promised however that his resignation didn’t mean he would be silent. He promised that his voice would still be heard.

Half of Minnesota reportedly wanted him to stay in office. Despite the allegations and admittance, a large portion of constituents still supported Franken.

It was also said that Franken could return to his post even after resigning.

“I may be leaving the Senate but I’m not giving up my voice,” Franken said. He made it clear what his intentions were and seemed fixed on his mission.

“Serving the people of Minnesota in the U.S. Senate has been the honor of my life,” he said. “I am here tonight to say, ‘Thank you.'”

“Whatever it is that we do next we will do it together,” Franken said. “While I can never thank her enough for her love and support, I am willing to spend the rest of my life trying, honey.”

He made this comment towards his wife, who supported him despite all that transpired.

“We still have a lot of work to do together on issues ranging from net neutrality to climate change,” Franken said. “We still have to be ready to speak out for economic justice and to defend the truth.”

Supporters for Franken apparently are upset with the resignation process. Many hoped that he would reconsider his decision to resign.

It was significant that more than half of Minnesota wanted him to remain in office. It was reported that Franken was very popular with voters.

He was set to leave Senate on the 2nd of January 2018. At least seven women accused Franken of sexual misconduct.

It certainly looked as though Franken’s relationship with his constituents was good. Another person who received large support from voters was Roy Moore. He too faced sexual misconduct allegations. He had lost his bid to opponent Doug Jones.

Allegations of this nature are quite nerve wrenching though. It could take valiant effort after facing such allegations to continue like normal. This was hard for the women who faced such abuse to go on as normal.

It was unlikely that the accused would continue unscathed.