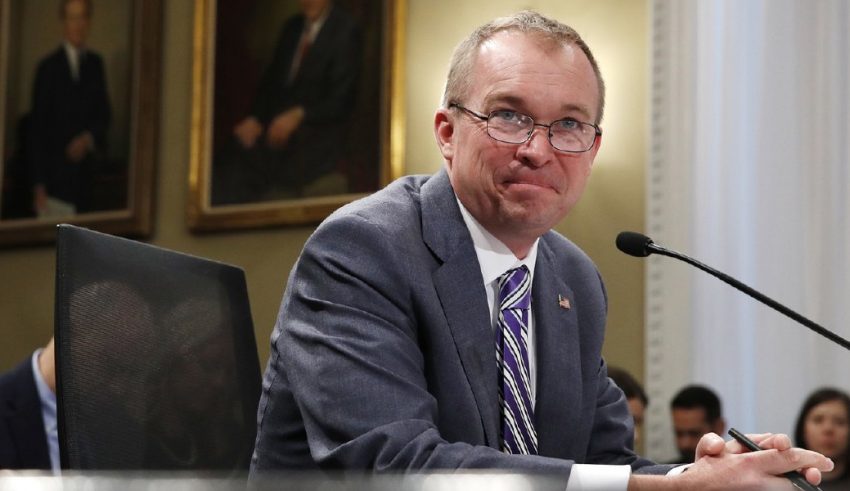 The Government shutdown was big news and created quite a stir. The issue had affected many people and was expected to get worse.

Many would soon be off the job because there would be no money to pay them. Speculation was high on just how big of a problem the impact would be.

Former Speaker Newt Gingrich made comments regarding the situation. He too like many others called it a blame game.

Mick Mulvaney served as Director of the Office of Management of Budget at the White House. He too had much to say about what he deemed a Government slowdown not shutdown.

“We are going to manage the shutdown differently. We are not going to weaponize it,” Mulvaney said. “We’re not going to try and hurt people, especially people who happen to work for this federal Government.”

In 2013 he had different views in relation to the shutdown. He had said “in many ways, then, this is a Government ‘slowdown’ more than it is a ‘shutdown.'”

“I know that is not much consolation for folks who are personally affected,” he continued.

Newt Gingrich said “this is not what the Democrats hoped for. And I think President Trump has played this pretty well.”

Gingrich said Trump and his team think they are winning. The hope was that Democrats would eventually give in and allow the Government to continue.

“The attitude right now in the administration is that they won’t give [Schumer] anything because they think he has made a huge mistake,” Gingrich said. “When the term, the Schumer shutdown, begins to catch on, you don’t have any sense of people [in the Administration] who are inclined to back off.”

It was reported that negotiations continued between leaders but no one was giving in to demands.

“The conversation that needs to take place is the conversation at 1600 Pennsylvania Avenue, where the President of the United States brings in the four leaders from Congress,” said Sen. Thomas R. Carper.

Carper said “we can come up with the best compromise in the world. The key is how to get it through the House and the way to do that is for the President to provide the air cover that he has not so far provided.”

Charles Schumer talked to CNN about the spending bill. He talked about using the CR (continual resolution).

“Do you know what number CR this is? This has been going on for six months,” Schumer said. “This is the fourth time. They can’t get it done and they just use these CRs.”