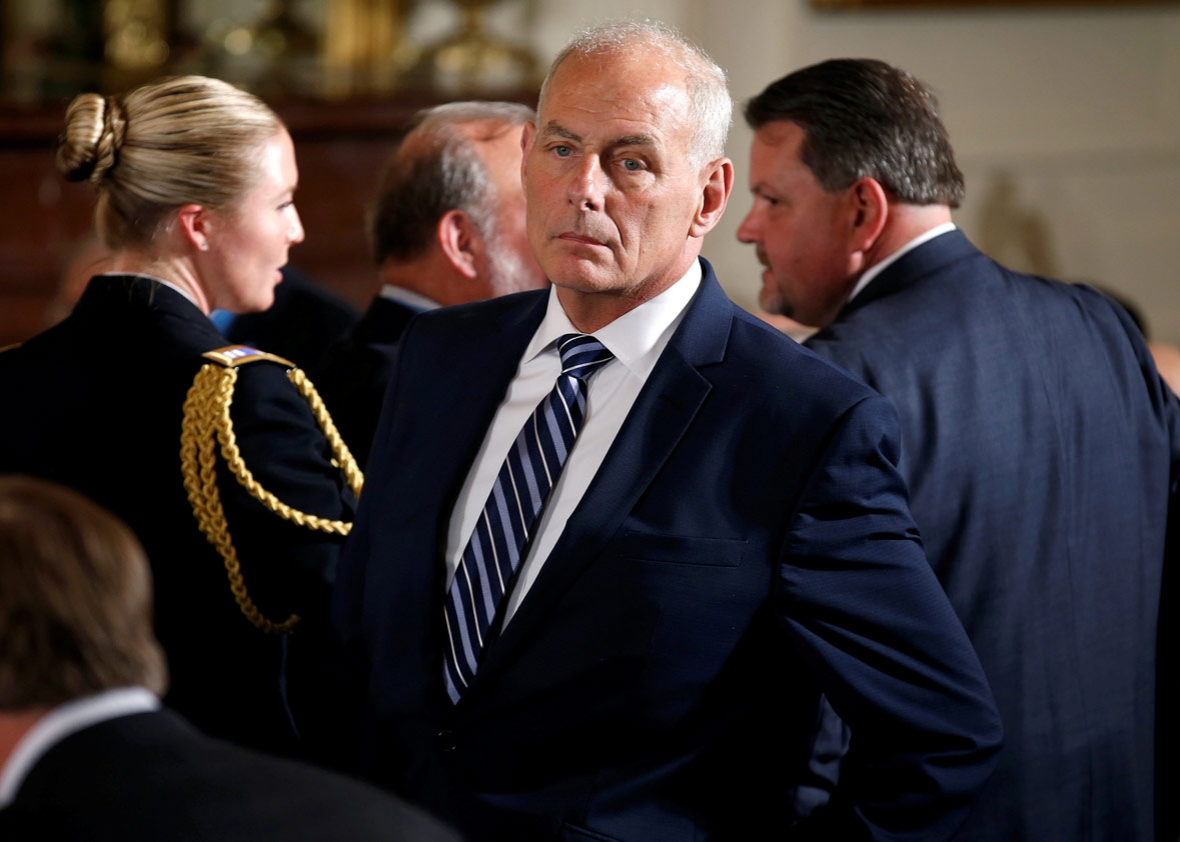 John Kelly has made his presence felt early. His new role as the Chief of Staff has brought changes to the White House.

Trump has made a good choice in Hiring Kelly. His strong ethics garnered from years of military service has been effective.

This is good news for the President who has been having a rough time with staff. The White House is finally coming to order. Trump has been getting a lot of bad press lately so this should help.

Things will certainly change now, putting the President in better light. There has been significant growth in the economy. The Stock Market has been doing very well and over 1 million jobs have been created.

The White House needs the good news. The presence of Kelly has in a short time made a significant difference in protocol.

He has made it clear to staff, Country comes first. The President comes second and their own needs come last. He warned against leaks and made it clear doing such is a crime. He told them they must act as a team.

Since his swearing in, Trump has showed more control of what he tweets. Since becoming Chief of Staff Kelly has fired Scaramucci and removed others. Anyone who he considers a threat to National Security or the President must go.

This will be a big help as Trump gets distracted easily. A problem Trump faces has been backed up appointments.

All of this is changing now that Kelly is in the White House.

Trump has said he can write whatever he chooses on twitter without censor. Kelly has been able to assist the President in that matter so far. A source said that Kelly has been “offering a different way to say the same thing.”

Trump has said “Our relationship with Russia is at an all-time & very dangerous low. You can thank Congress, the same people that can’t even give us HCare!”

He is frustrated with the way Congress has been working in regards to legislature.

Kelly is well respected by Congress despite having no experience with legislation. This hasn’t deterred him in anyway. He is very involved in briefings and meetings with lawmakers.

Kelly has acquired the assistance of Rob Porter. Rob Porter is the White House Staff Secretary. His job is to check all material given to the President. Kelly has asked Porter to do a thorough scan of all documents.

Kelly has done well and Trump has given his support. The change in the White House has been positive so far.

previousNorth Korea In For A Fight If It Doesn’t Stop Threats
nextBernie Sanders Set To Release New Book about Politics
We use cookies on our website to give you the most relevant experience by remembering your preferences and repeat visits. By clicking “Accept” or continued use of site, you consent to the use of all cookies. Privacy Policy
Do not sell my personal information.
Cookie SettingsAccept and Close
Manage consent