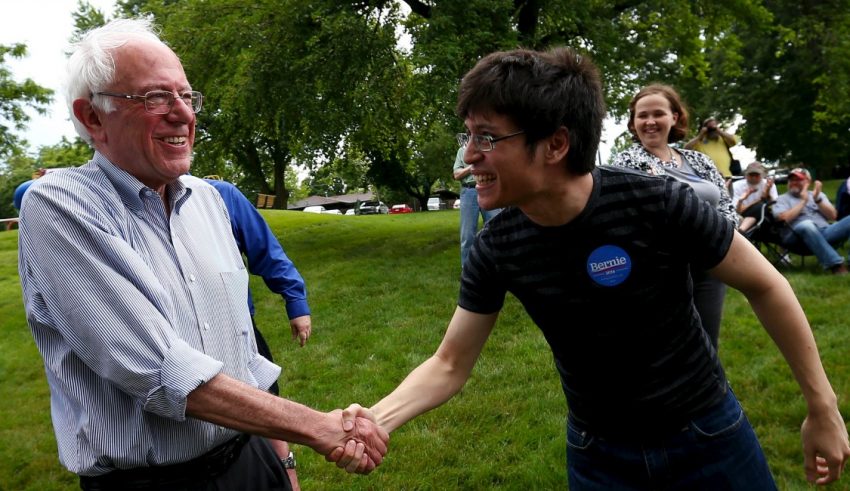 Bernie Sanders is an American politician. Bernie Sanders is 75 years of age and has been the Junior Senator for Vermont since 2007. He is the longest serving Independent in the history of Congress.

Sanders ran against Hilary Clinton for the Democratic Presidential race. He lost the race, but continues to be a strong presence in the Senator’s realm.

His campaign runs first started in 1968 and he is still active in politics. He is currently broadcasting the Bernie Sanders Show on Facebook.

Sanders has written a new book. He has also written another book in the past called “Our Revolution: A Future to Believe In.”

The book is catered to teenagers who are interested in progressive politics. Sanders has written the book as a guide to help them with their work as political activists.

Sanders wrote “the current generation of young people is the smartest, most idealistic and least prejudiced generation in the modern history of the United States.

This is a generation that is prepared to think big and move this country in a very different direction than we have been traveling for years.”

He believes the many years of experience he has in politics can be helpful. He thinks the American young people of today are very intelligent. That they are more tolerable than ever before.

Sanders also included infographics in his new book. These were used in his 2016 Presidential bid. They were based on issues pertaining to money and income equality.

The book serves to expose the process of politics. Sanders said “Young people are the future of our country.”

He continued “as citizens of the United States, they have a responsibility to participate in our democracy and to help create a government which works for all, rather than just the few.

This book will expose them to an unusual political campaign, the excitement of politics and what being a progressive is all about.”

The book offers a great contribution to progressive politics. Sanders believe in the intellect of the youth. This is a strong platform to forming leaders for tomorrow.

The book can help to create a bright future for those interested in politics. It s set to be released on August 29. He told the young to fight for a progressive economic, environmental, racial and social justice agenda. One that creates jobs, raises wages, protects the environment and provides healthcare for all.

Sanders claim that he won the most votes among young people. He said “It is my observation that the current generation of young people is the smartest, most idealistic. And least prejudiced generation in the modern history of the United States.”

Barack Obama also tried to reach young people as well. He wrote a book called “Of Thee I Sing: A Letter to My Daughters.”

Sanders said the young need to help create a Government that works for everyone.