The FBI Has A New Director, His Name Is Christopher Wray 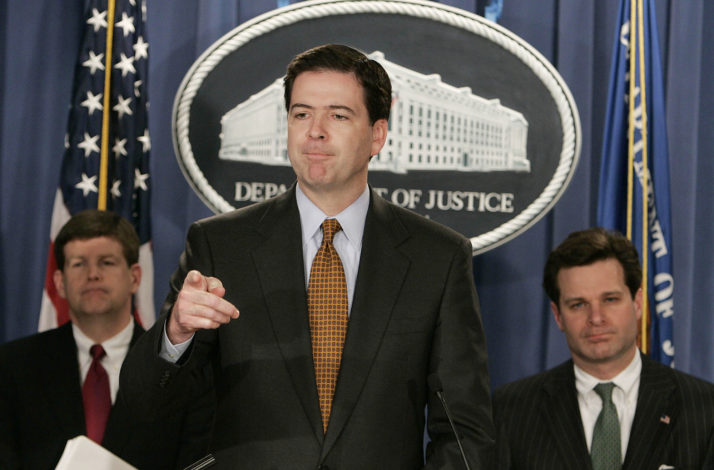 The FBI has a new Director and his name is Christopher Wray. Wray is 50 years old and worked for President George W. Bush Justice Department. During that time he handled  corporate fraud.

During May 1997 to May 2001 he served as a Federal Prosecutor. He worked in the US attorney’s office for Northern Georgia.

His occupation included white collar crime and he held many high profiled positions in the Justice Department. He was a partner at the King & Spalding law firm, which was during the same time period.

When Governor Chris Christie faced the Bridgegate scandal, he received representation from Wray.

President Trump is happy with the outcome. The vote to select Wray as the new Director was almost unanimous. The vote was 92-5, so a high percentage voted for Wray.

After his confirmation he spoke to about his agenda. He said “my loyalty is to the Constitution and the rule of law. Those have been my guideposts throughout my career, and I will continue to adhere to them no matter the test.”

He promised not to allow politics to interfere with his job, These statements were favorable among Republicans and Democrats.

Wray replaces Comey who was fired after working as Director for 10 years. Comey was fired by Trump after his refusal to do as Trump wanted.

Wray has received commendable remarks from some after accepting his new post. Sen. Dianne Feinstein spoke highly of Wray. He “has the strength and fortitude to stand up and do what it is right when tested,” she said.

She believes that stronger people are needed for the tough jobs in the political sphere. She said “we need leaders with steel spines, not weak knees, and I am hopeful that Mr. Wray will be just such a leader.”

Senator Chuck Grassley believes Wray is the man for the job. He thinks he has the qualities that a FBI Director would need.

Grassley said that “Mr. Wray possesses the skill, the character and the unwavering commitment to impartial enforcement of the law that we need in a FBI Director.”

The support Wray is getting is overwhelming. It will be great to see a firm hand in such a high profile position.

Sen. Amy Klobuchar told Wray that he was taking up a serious position in a rough time. The comments were given during the nomination process. She said “the previous FBI director, as we know, was fired because of the Russia investigation. The former acting attorney general was fired. And we’ve had a slew of other firings throughout the government over the last few months.”

previousDonald Trump Has Been Compared To The Flood Of The Bible
nextSenator Brook Pushes To Change Legislation That Governs Marijuana
We use cookies on our website to give you the most relevant experience by remembering your preferences and repeat visits. By clicking “Accept” or continued use of site, you consent to the use of all cookies. Privacy Policy
Do not sell my personal information.
Cookie SettingsAccept and Close
Manage consent