Donald Trump Has Been Compared To The Flood Of The Bible 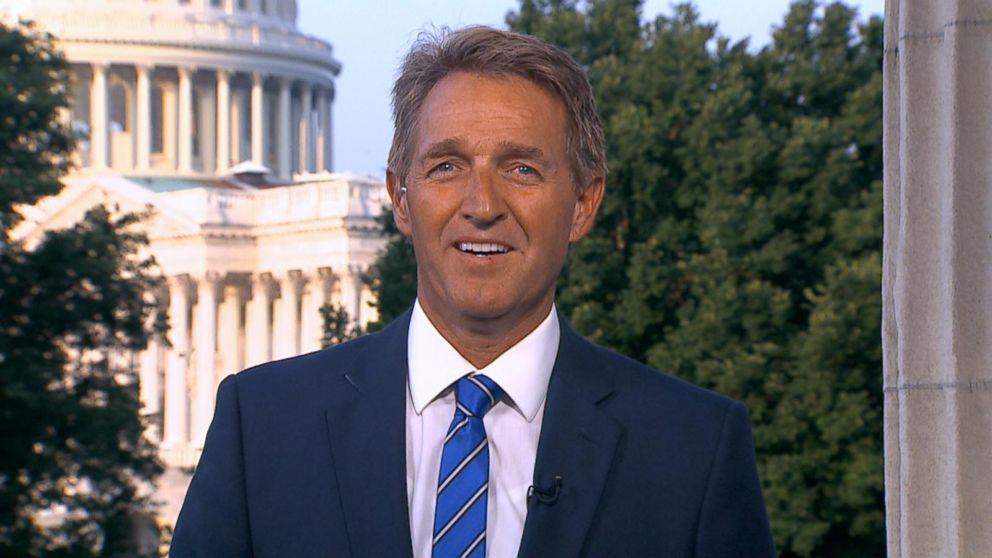 The flood of the bible in Noah’s day was a very serious event. Anyone who knows of this account understands the implications to comparing that to Trump. It is a very grave and serious matter.

Senator Jeff Flake has compared Trump to that event. 8 people alone survived the flood. So what did Flake mean by this statement?

Using the flood as his launch pad for his argument Flake made these comments. He said, “if I spent all my time obsessing about the coming flood, there would be little time for anything else.”

His reasoning is that instead of spending time answering tweets; he should be busy doing something else. Noah didn’t focus on the flood, but the building of the ark was his mission.

He said, if I took the time to respond to every Presidential tweet, there would be little time for anything else.”

Apparently when it comes to the Russian scandal Flake isn’t saying much. It will take more than one man to see any change from Trump and his team. Others have been outspoken, but only about particular issues that directly involve themselves.

Another reason for Trump receiving opposition is his firing or hiring of staff.  Most recent was Graham threatening Trump if he fired AG Jeff Sessions.

When Will It Stop?

Senator Jeff Flake continued by saying that his party was responsible for creating Trump. He is quoted as asking “We created him, and now we’re rationalizing him,” he writes. “When will it stop?”

I am sure there are many more who feel the same way as Flake. What is needed is the heart to stand up and be counted. It seems some will only speak when Trump goes too far in a particular situation. If he touches something held dear by persons, then there might be a response too.

It is clear that the Republican Party has suffered under the Trump Administration. Some are in denial; others are recognizing that is the case. The cost of winning is haunting Republicans and they are looking for a way out.

With all that is happening on the political stage, you have to wonder if the fiascos can last 4 years. That is a long time to constantly deal with tweets and the regular removal or addition to staff.

Everyday seems to bring with it some new controversy. I don’t think we have ever had such a scale of events like this in the White House. Nor have we seen it happen so consistently in Congress.

If Flake is right, we do have to wonder what type of ark to build. Figuratively speaking what can you do to prepare for the Trump flood? If change doesn’t come soon, the worse looks inevitable.

We must be optimistic and hope that for the best outcome. We may all be affected in one way or another.

previousHas Trump Misled The People Of The US Or Is It A Hoax
nextThe FBI Has A New Director, His Name Is Christopher Wray
We use cookies on our website to give you the most relevant experience by remembering your preferences and repeat visits. By clicking “Accept” or continued use of site, you consent to the use of all cookies. Privacy Policy
Do not sell my personal information.
Cookie SettingsAccept and Close
Manage consent