November 27, 2020
Home News FBI Memo Leaves Lawmakers With Varying Views On Who It Will Affect 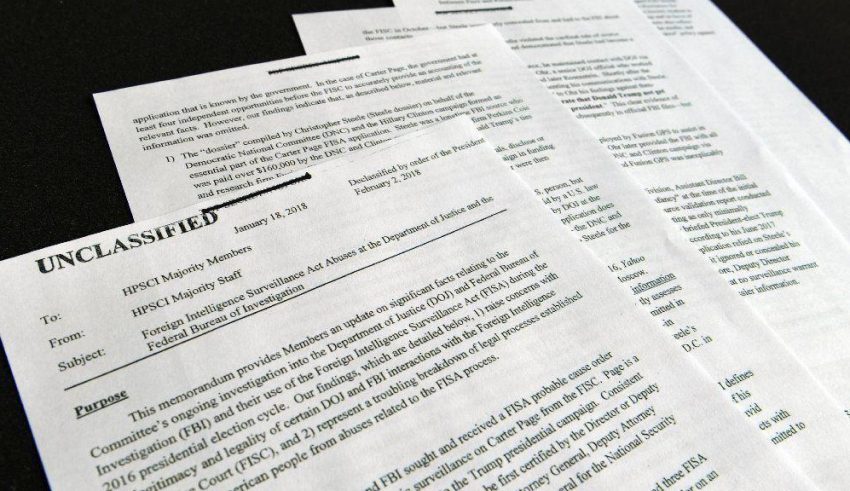 The FBI memo continued to be a big issue in the media. President Trump and his administration had claimed the memo could vindicate him.

Vice President Mike Pence thought the memo raised serious questions. He believed that the FBI acted in a way that brought their integrity into question.

He promised that there would be transparency when dealing with the memo, citing that he had the opportunity to see it.

“I’ve had a chance to see the memo and our administration believes the memo raises serious concerns about the integrity of decisions that were made at the highest level of the Department of Justice and the FBI,” Pence said. “We’re going to continue to work with Congress to practice transparency, to get all this information out before the American people.”

“This president has made clear: We have great respect for the rank and file men and women of law enforcement in our Justice Department and the FBI who serve every day,” the Vice President said.

Adam Schiff responded to comments Trump had made regarding the memo and how it vindicated him.

“The most important fact disclosed in this otherwise shoddy memo was that FBI investigation began July 2016 with your advisor, Papadopoulos, who was secretly discussing stolen Clinton emails with the Russians,” Schiff tweeted.

“Quite the opposite, Mr. President. The most important fact disclosed in this otherwise shoddy memo was that FBI investigation began July 2016 with your advisor, Papadopoulos, who was secretly discussing stolen Clinton emails with the Russians,” he tweeted.

Trump had tweeted “This memo totally vindicates “Trump” in probe. But the Russian Witch Hunt goes on and on. Their was no Collusion and there was no Obstruction (the word now used because, after one year of looking endlessly and finding NOTHING, collusion is dead). This is an American disgrace!”

The memo was certainly creating a lot of concern and views varied. The memo seemed to favor both sides pertaining to certain matters based on comments made.

Chris Wray spoke about the ongoing conflict and stood behind the FBI.

“We stay laser-focused on doing great work even when it’s not easy — because we believe in the FBI,” Mr. Wray said.