Is Don Lemon On To Something About Racism In The White House? 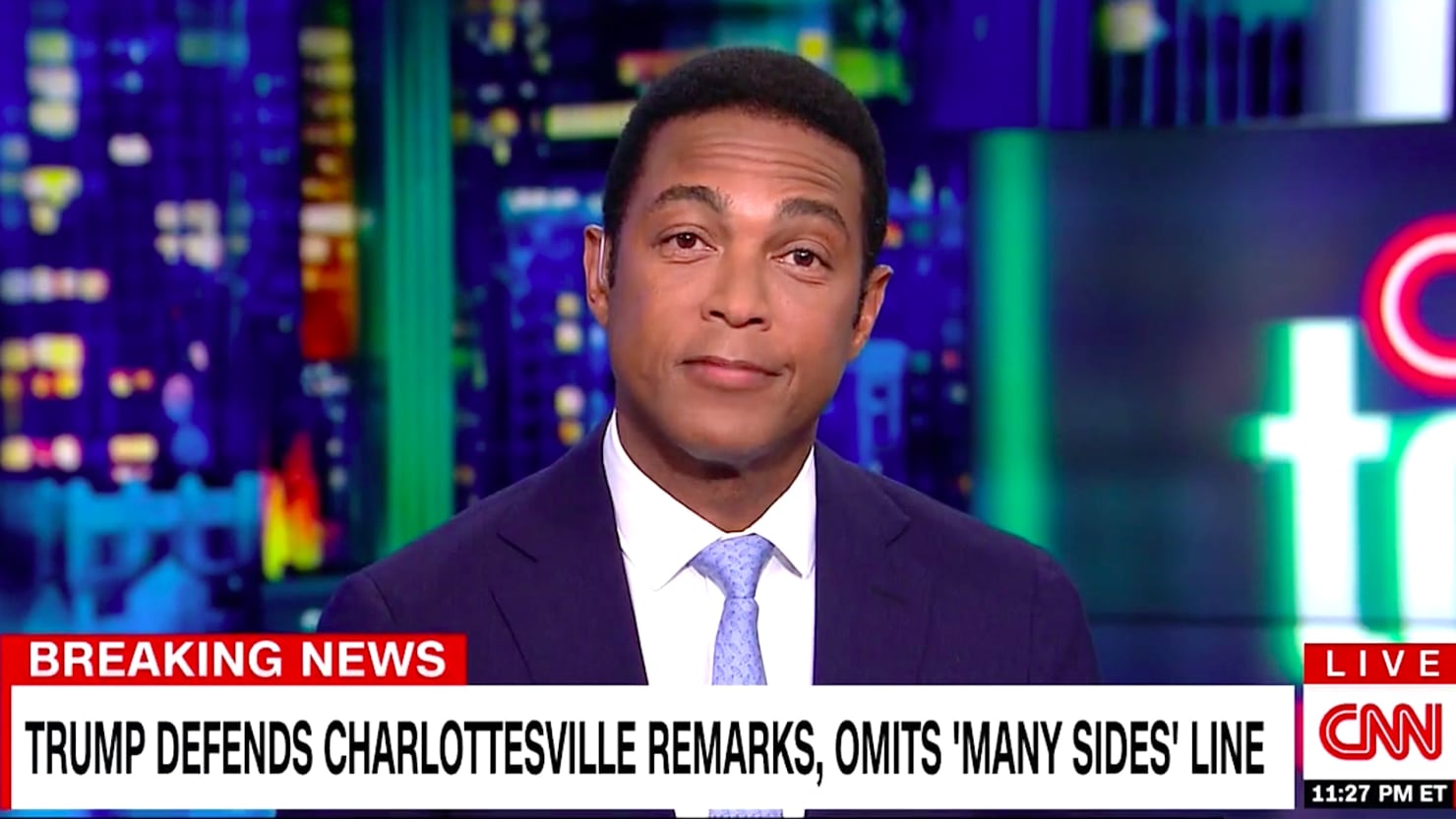 Don Lemon of CNN has lashed out at anyone who works at the White House. He has accused Trump of hostile towards Barack Obama.

He said “let me be plainly clear, anyone who is in that White House and is supporting him [Trump] is complicit in their racism as well.”

Don Lemon is a journalist and American news anchor. He hosts CNN tonight and is based in New York City.

Lemon has been very outspoken when it comes to Trump. He has made it very clear that he doesn’t support anyone who discriminates.

Tensions have been high since Trump’s comments about Racism. He spoke about the Charlottesville violence recently.

His initial comments brought criticism and protests. He later made another statement condemning the actions of white supremacists.

Lemon asked, “how can anyone defend what he the president said yesterday? It is indefensible. I can’t believe people get up here on CNN and on other networks and defend, actually try to defend.”

He continued by saying “especially African Americans and Jewish people, to try to defend what Donald Trump said yesterday. There is no defense for what he said yesterday.”

Lemon was very upset by what he considered total disregard for blacks. He felt that those affected kept quiet on the issue or defended Trump.

Lemon was referencing those who stood beside the President. He said those people themselves are among those who can be affected.

Lemon had much to say about Trump’s behavior towards Obama.

He said, “we know now why he’s so upset. For those of you who did know, so obsessed with Barack Obama.”

“Barack Obama was a black president. Maybe he didn’t think Barack Obama was fit to be in office. He traded on racial animus and racial BS and he’s been doing it for decades, and we are going to sit here and pretend that we’re surprised,” he continued.

Racism has long been a problem in the US. The problem continues on all fronts as many cope with immigration and law.

On the one hand there are white supremacists and neo-Nazis. Then there is the issue of Police killings when dealing with blacks.

All of this has caused outcry from many who have seen no justice.

To see those who may be affected stand by the President as he spoke disgusted Lemon.

Does Lemon have a point about these matters? Should the people who support Trump be aligned with him?

Could there be many who feel the same way? Are they afraid to speak up?

Don Lemon certainly wasn’t afraid to speak. He has made it clear in no uncertain terms about it all.

Racism needs to stop and those in authority need to make it happen. To support such behavior is to be part of it.

previousAna Navarro And Jan Brewer Clash Over Trump’s Statements On Charlottesville
nextFleeing IT Arrested At Airport Amidst Charges of Conspiracy Against The US
We use cookies on our website to give you the most relevant experience by remembering your preferences and repeat visits. By clicking “Accept” or continued use of site, you consent to the use of all cookies. Privacy Policy
Do not sell my personal information.
Cookie SettingsAccept and Close
Manage consent