Decision To End DACA Creates Storm For Trump And His Family 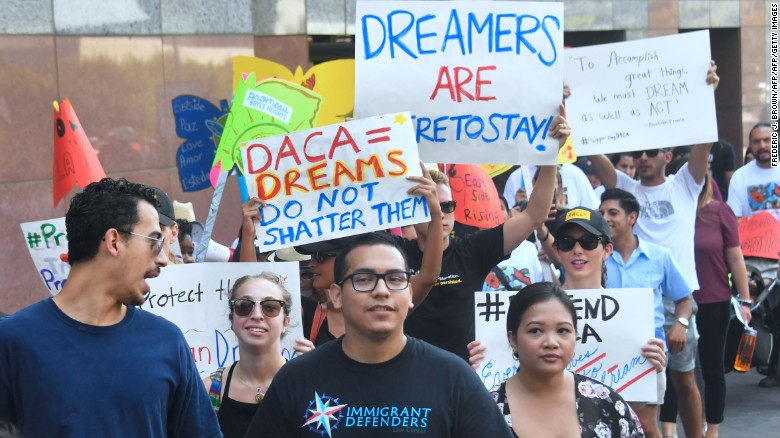 Trump has come under criticism once again. His daughter has come along for the ride as well. The decision to end DACA hasn’t gone too well with some.

This has caused protests and the trolling of Ivanka Trump. Ivanka had tweeted before about an undocumented worker.

She tweeted “We love this story about an undocumented immigrant who worked her way up on Wall Street.” in 2015.

Does this mean she disagrees with her Father’s decision? What is noteworthy is this tweet was before Trump ran for President.

This caused others to make fun at the situation on Twitter. Some have supported her, while others criticized.

Obama was the one who created Deferred Action for Childhood Arrivals. The bill came into effect in 2012. Thousands of persons have benefited from the bill.

Trump removing the bill will put those same persons at risk. It is estimated about 800,000 people are in America because of the act.

Obama has promised that he will speak out against certain things. If Trump does something he doesn’t agree with he will speak.

The method used is to refuse new permits and not renew existing ones.

The former President had said “efforts to round up kids who have grown up here, and for all practical purposes are American kids.”

He continued “and sends them someplace else, when they love this country.”

Obama has been very passionate about immigration laws. He himself has faced ridicule about if he is American. His Presidency was brought into question by Joe Arpaio.

It has been said that America is a land of immigrants. For hundreds of years people have been migrating there.

It is possible that some, who complain of immigrants, could have parents or grandparents who were.

Early in his Presidency Trump implemented a travel ban. This was one of the steps into reducing immigrants into the Country.

Another step was the deportation of gang members and cutting the lottery program. Stopping DACA is another such plan.

Trump has rescinded the program and tempers are flaring?  The people most impacted have called themselves “Dreamers”.

The President is married to someone of different Nationality. Somehow this doesn’t seem to affect any decision made against those seeking a better life.

Since making the decision, Trump has come under more scrutiny. The Democrats have called the move heartless.

The move has also been called “morally bankrupt move.”  They have pledged to find a solution for the over 800,000 people affected.

Trump faces criticism but so does his family. This is due not just to what Trump is doing. It is also based on the fact that someone close to him is from another Country.

previousHow Deep Could The Single-Payer Bill Impact Others?
nextClinton Blames Sanders For Loss In 2016 Election Bid
We use cookies on our website to give you the most relevant experience by remembering your preferences and repeat visits. By clicking “Accept” or continued use of site, you consent to the use of all cookies. Privacy Policy
Do not sell my personal information.
Cookie SettingsAccept and Close
Manage consent