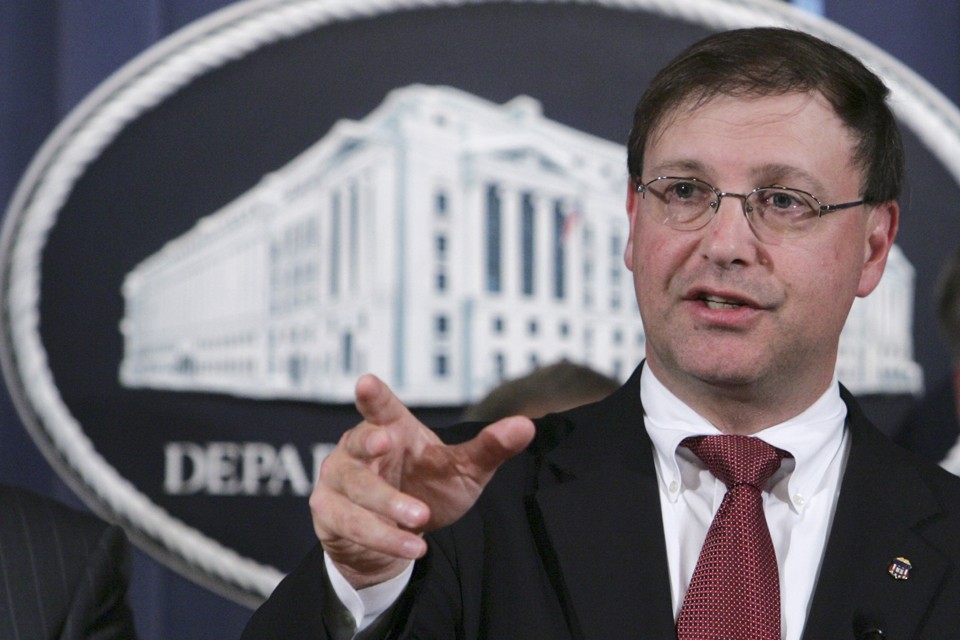 Acting head of the Drug Enforcement Administration is quitting. He made this public recently and is expected to leave in a few days.

Chuck Rosenberg said he will be leaving the post. He doesn’t believe Trump has any respect for law.

Rosenberg served under James Comey twice. He was the Chief of Staff to the former FBI Director. Could that have anything to do with quitting his job?

It is a slim possibility, since he has now decided to leave the post.

Since working under Trump, Rosenberg has seen Comey fired. He has also heard the President said things he disagrees with.

One such thing was what he said to law enforcement officers. Trump told the police officers “please don’t be too nice.”

His comments were about how they handled suspects.

Rosenberg sent an email to all DEA employees. He told them to ignore what Trump had said. He encouraged them to treat suspects well.

Rosenberg had a message for his soon to be former employees. He said “you will continue to do great things.”

Rosenberg also said “I will continue to root for you, now from the sidelines.”

Rosenberg said, “the neighborhoods in which we live are better for your commitment to the rule of law, dedication to the cause of justice and perseverance in the face of adversity.”

It seems Trump has taken things too far. Whether this was intended or not Rosenberg is out.

More resignations could be on the books. Many people are having a difficult time with Trump’s way of doing things.

Some may keep quiet, while others openly show disgust. Then some will support the President no matter what.

Who will fill the shoes left by Rosenberg remain to be seen.

Whoever takes up the position left void will have a time on their hands. The biggest hurdle that person will face is dealing with the White House.

Trump has been finding the Presidency overwhelming with possible war with North Korea. The many catastrophes have taken a toll on the Country.

Then many of his attempts at health care have failed. There are also the rising tensions with the NFL and others.

Trump obsession with twitter doesn’t help either. He has had it rough in his first few months on the job.

The President has faced huge criticism, some credible, others not so. The biggest hurdle seems to be his approach to the issues the Country faces.

Whoever takes up the job as the new head of the DEA will face all of this.

Rosenberg has made his feelings known. He will soon cease to be the head of the DEA.

What will this mean for the administration? Will it become stronger in his absence? Or will things get worse now he is gone.

previousMueller May Find Life Hard Without Protection From Congress
nextMichelle Obama Scolds Women Who Voted For Trump
We use cookies on our website to give you the most relevant experience by remembering your preferences and repeat visits. By clicking “Accept” or continued use of site, you consent to the use of all cookies. Privacy Policy
Do not sell my personal information.
Cookie SettingsAccept and Close
Manage consent