November 28, 2020
Home Opinion Could Charges Against Michael Flynn Be A Worry For President Trump 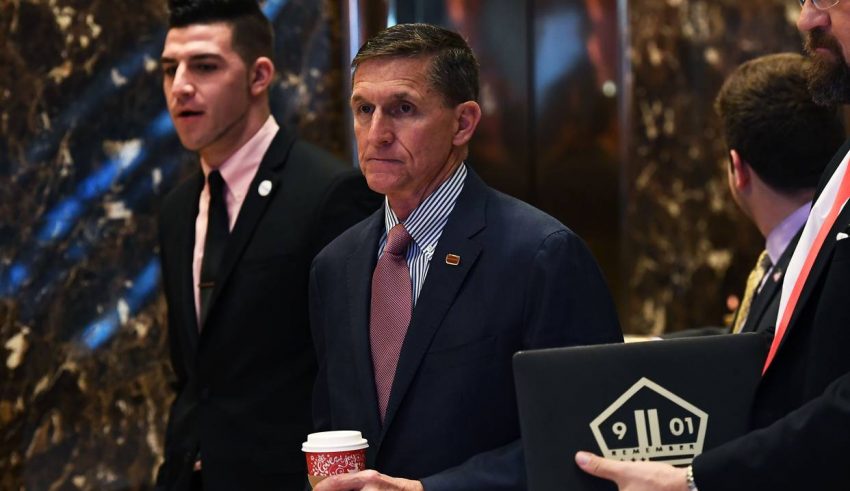 The latest report from the inquiry indicates that Michael Flynn would be charged. It looked as though Robert Mueller has the needed evidence against him.

It appeared Mueller could be looking to prove Trump’s credibility. Most of those charged or under suspicious are close to Trump.

This made it hard to believe that Trump had no idea about what transpired. Some of the charges Flynn could face are similar to Manafort’s own.

Manafort faced fraud and conspiracy charges and is willing to donate millions in hope of a deal.

It would be understandable that Flynn was charged, but what did his son do? Up till now there was no mention of his son.

Reports indicate that Flynn’s son who is also named Michael worked close with his father. He was present at the campaign and even during Trump taking over the office.

Mueller could possibly be pressuring Flynn senior to protect his son. Speculation is that Mueller could be seeking to force those close to Trump to expose him.

Mueller had also investigated Flynn senior as being a foreign lobbyist.

If that is the case and any information does exist then it comes down to loyalty. Just depends on who that loyalty would go to.

Mueller is considered to be taking his time. After months of gathering information he is slowly indicting more people.

Up till now he hasn’t indicted any of Trump’s family members. Nevertheless it was believed that it could happen eventually.

Various news headlines seem to imply that Mueller could have an ace up his sleeve. Mueller seemed to be approaching how he handles the investigation like a chess player.

Trump’s current Asian trip has quieted him a bit. It remained to be seen if anything troubling awaits him when he returns.

The people wait to see if Jared Kushner and or Donald Trump Jr. will be indicted as well. If Mueller had anything to charge them with then that could change things.

The pressure would certainly be mounted. Trump would have a tough time then since he would have to choose.

Would he do them like he did Manafort? Or would he try to put himself on the block to save his son.

Trump denying any collusion could soon change, but it’s a wait and see.