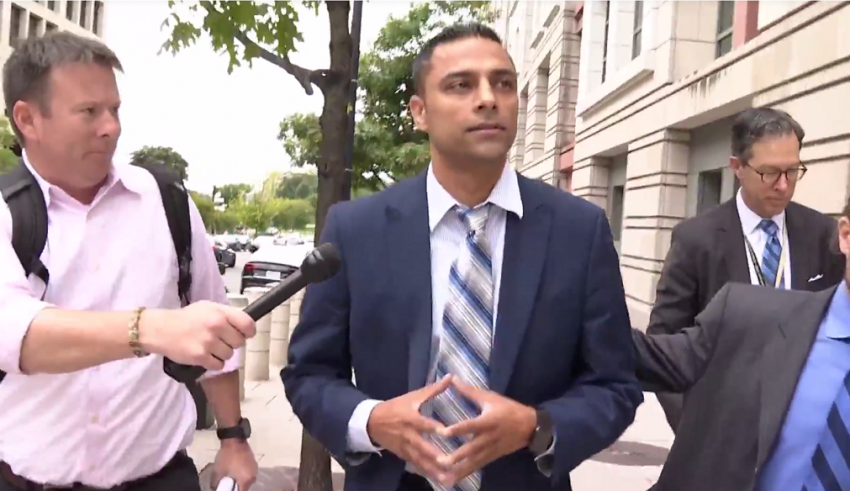 The Awan brothers were IT guys working for Democrats. One of the brothers is already in hot water for other charges. His wife is also wanted in connection with those matters.

The brothers are from Pakistan and worked for many of the Democrat’s offices. They are charged with stealing equipment and data.

Yvette Clarke signed away $120k to the brothers in 2016. Clarke is the Democrats chief of staff. She allowed the money to go unaudited from present or future checks.

When one of the brothers said the furniture was gone she signed off on the missing equipment.

One of the brothers is Imran Awan. Who faces charges of fraud. He was arrested at the airport as he tried to leave.

His wife is currently in Pakistan with their children. They are accused of wiring thousands of dollars to Pakistan.

They sold property and tried to liquidate assets after they realized authorities were on to them.

The missing money is from Clarke’s office. The amount of money taken could be staggering as the brothers worked for over 40 offices.

It is said that the missing money is about one tenth of the office yearly budget.

Abid Awan a brother of Imran, continued to work for the office even after the incident. The scheme includes stealing from Government by equipment purchases.

Invoices were altered to avoid being tracked. The equipment was for use in the offices, but was sold to other sources.

Others are suspected of working with the brothers. An employee of CDW Government Inc is suspected of being part of the scam.

CDW Government Inc is a large technology provider for the Government.

Authorities believe the scheme has been ongoing for a long time.

Caraher continued “the prosecutors directing this investigation have informed CDW and its coworkers that they are not subjects or targets of the investigation.”

The brothers were able to pull off the scheme because of access. They worked allowed them advantages normally unavailable to others.

The key plan was to invoice items under the $500 mark. Items at that price range usually went untracked by administrators.

This was done for many high priced items to trick house administrators.

Most of the equipment purchased was shipped to Imran’s house.

The case is fixed around Imran and his wife’s dealings and the scheme by the brothers. These are the two points which the investigators will focus on.

It is believed the scheme may have been happening for years. iPads and iPhones are among items bought and written off.

The office houses 16 employees, but numbers for equipment reached 150.