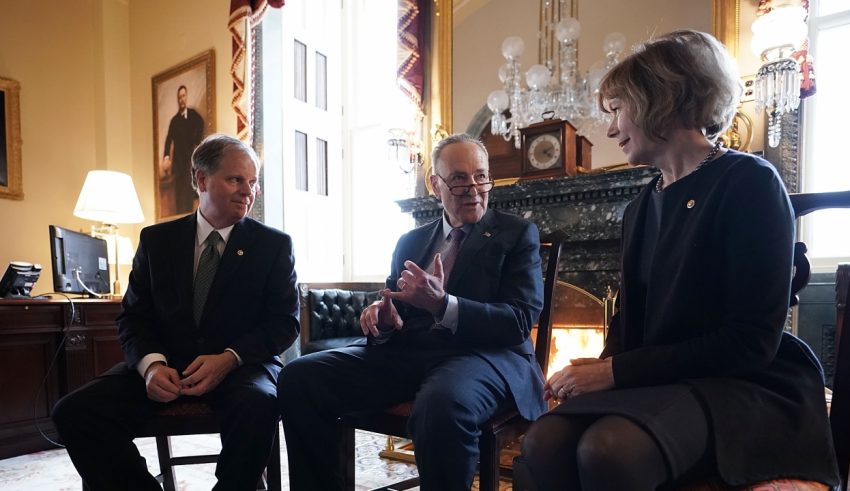 A recent analysis showed the Democrats becoming more favorable among voters. The Republicans currently control the majority so they faced the blame for most legislation.

A big issue facing Republicans was the order by the Courthouses to change legislative districts. It was said this change could favor Democrats in time for 2018 elections.

This had given Democrats a lot of hope as they pushed to gain control. All it took was a few Senators winning key seats and they would be in a strong position. Even now Democrats were already becoming a problem for Republicans and the spending bill proved this fact.

Trump continued to blame Democrats when situations didn’t go his way. The latest was on DACA, which saw Trump saying not very nice comments towards other Countries.

“I don’t believe the Democrats really want to see a deal on DACA. They are all talk and no action,” Trump tweeted. “This is the time but, day by day, they are blowing the one great opportunity they have. Too bad!”

Democratic Sen. Dick Durbin said Trump did use those words and he did repeatedly. Durbin attended that very meeting and cited that the President “said these hate-filled things and he said them repeatedly.”

Charlie Cook, the founder of the Cook Political Report gave a report recently about the legislative district.

He said “a key question for November is which will be dominant: the environment or geography. Put another way, in both the House and Senate, it’s the wave versus the map.”

“Just about any fair-minded assessment of the House would show that Democrats have probably more than a 50-50 chance of taking control of the House,” he wrote.

“The closer we get to the election, the better sense we’ll have of whether the wave or the map is winning out,” he added.

He said “it’s higher than it probably ‘should’ be given how favorable the Senate map is for Republicans. But it’s still a fairly steep hill to climb.

He gives the Democrats a 35% chance of winning the Senate. Cook agreed with what Silver’s data claimed.

Cook said he was “watching the numbers but taking a lot of nonnumerical points into consideration as well.”