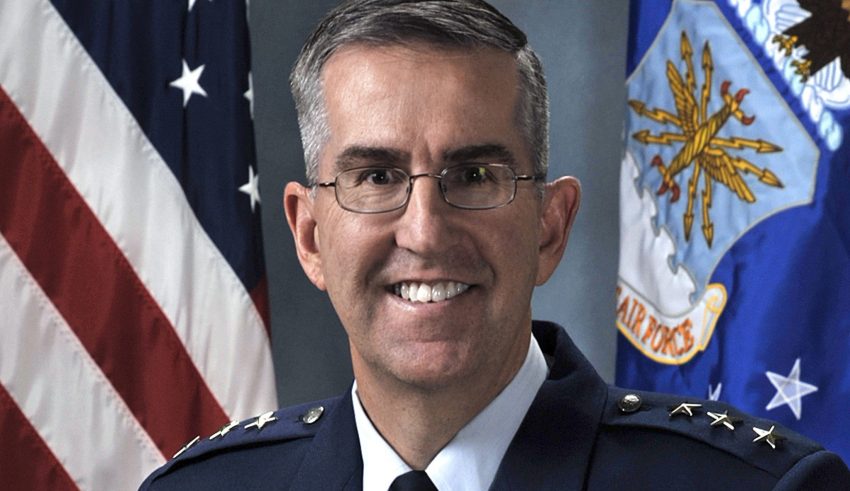 The past few months had seen a tirade between Trump and Kim Jong-un. At one stage it looked as though war was coming.

The situation had quieted somewhat with no missiles being launched by North Korea recently.

But it appeared that it had come to that point that Trump would have faced some resistance.

Air Force Gen. John Hyten made it clear that he wouldn’t obey a nuclear strike if he thought it was illegal.

He said that instead he would seek an alternative.

Hyten said “I think some people think we’re stupid. We’re not stupid people. We think about these things a lot. When you have this responsibility, how do you not think about it?”

Hyten’s position as Commander of STRATCOM gave him authority of the US nuclear arsenal.

“I provide advice to the president, he will tell me what to do,” Hyten added. “And if it’s illegal, guess what’s going to happen? I’m going to say, ‘Mr. President, that’s illegal.’ And guess what he’s going to do? He’s going to say, ‘What would be legal?’ And we’ll come up options, with a mix of capabilities to respond to whatever the situation is, and that’s the way it works. It’s not that complicated.”

Hyten main point was based on if it would be an unlawful strike or not. He mentioned that years of training made it possible to decide on such matters.

“If you execute an unlawful order, you will go to jail. You could go to jail for the rest of your life,” Hyten said.

Congress had already started the process of reconsideration about the authority for use of force.

The fire and fury comments from Trump were concern for leaders. Sen. Ed Markey said the President

Hyten made it clear the US are always in a readied position if a strike became necessary.

“And we are ready every minute of every day to respond to any event that comes out of North Korea. That’s the element of deterrence that has to be clear, and it is clear,” Hyten said.

This should be a comforting fact for all. Knowing that the fate of a nuclear war could be averted because sensible people are in place was a good thing.

With this understanding Congress should continue to find ways to solve these types of issues.