Will Jeff Sessions Be Forced To Resign As Attorney General? 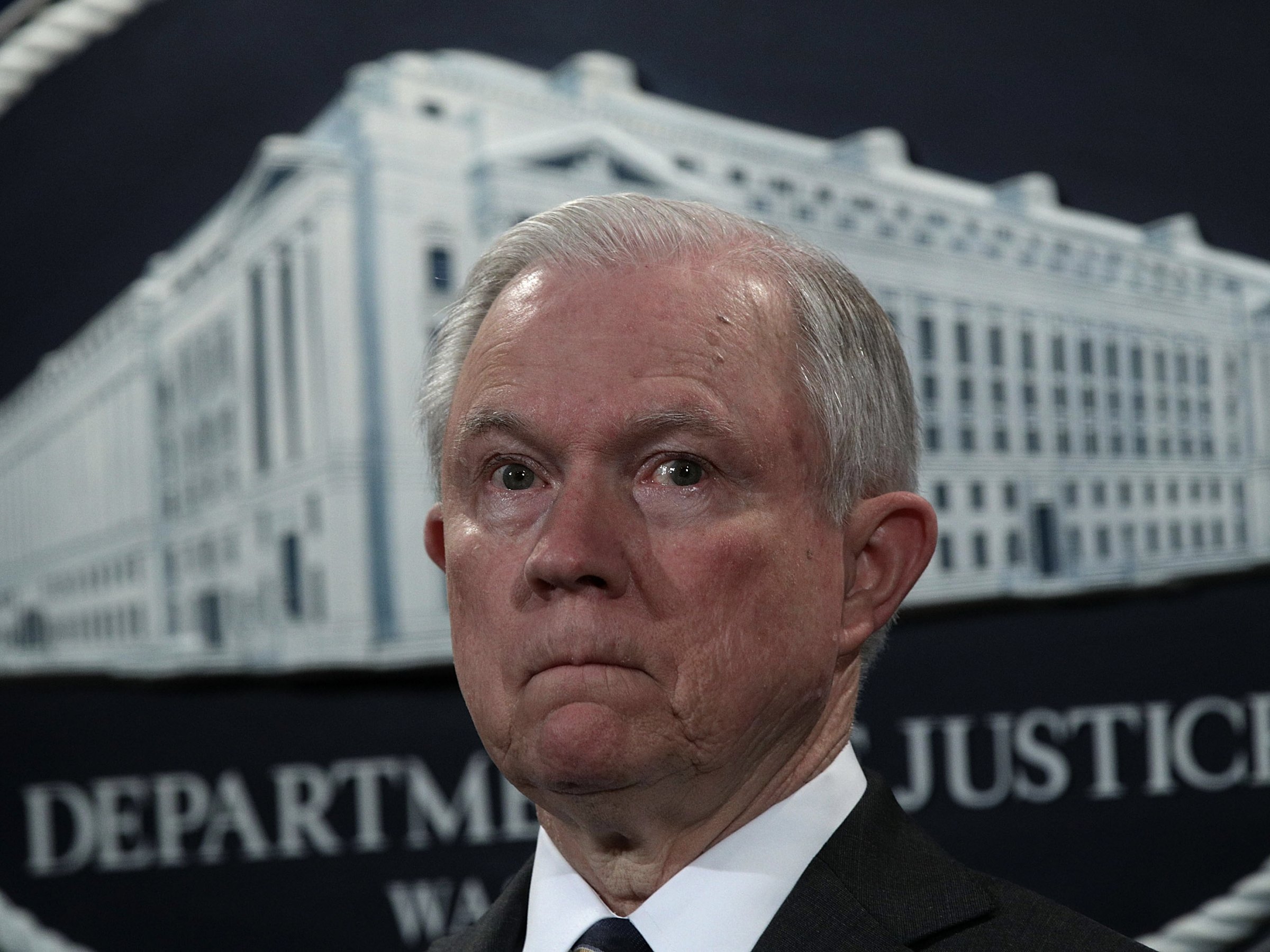 It seems that the drama with President Trump and his associates will never end. One of the more recent tirades has seen Attorney General Jeff Sessions being publicly criticized by Trump. Sessions was called “beleaguered” by Trump, who doesn’t approve of the way the AG is handling matters in regards to Hilary Clinton and the email controversy.

So why aren’t the Committees and investigators, and of course our beleaguered A.G., looking into Crooked Hillarys crimes & Russia relations?

Trump has been using Twitter and other forms of media to discredit others, even belittling them. He called Sessions weak, whatever the hope was, the Attorney General hasn’t let this latest charade of words make him less of a man.

Jeff Sessions has no intention of quitting, he said he planned to stay as the AG. Once it is appropriate to continue in that post he will stay. A source said that the two have not spoken to each other for a few days now and it seems unlikely to be anytime soon.

No surprise there, who wants to be ridiculed on social media? These tactics by the President are tasteless and continue as normal from day to day.

White House Communications Director Anthony Scaramucci is quoted as saying “There’s obviously an issue in the relationship … We’ll get to a resolution shortly … The president wants his Cabinet secretary to have his back.”

The President wants backing, but is he willing to back anyone? The President and Sessions were very close in the early stages of his appointment as President. He was very supportive to Trump, but because he wouldn’t carry out Trump’s every beck and call, that friendship so called deteriorated. Trump became frustrated with Sessions over his handling of Hilary Clinton.

What has this behavior done to many people? It has caused those qualified for various positions to turn the offers down. Working for the President is no easy task, since you don’t know when you yourself will come under scrutiny for something you failed to do.

With varying opinions on certain matters, it is impossible for some to do what the President expects. For some it goes against many standards they keep and even protocol. Trump is known for doing as he wish on many occasions, forcing the Courts to step in on some issues.

Most notable was the travel ban, which is still a big issue for Trump, but his hands are tied. That being said even the Judges who paused the travel ban have come under scrutiny. It seems no one is safe when it comes to Trump, and worst yet, your life can become miserable.

Despite all of this, the Attorney General is standing firm for now, and if Trump wants him gone, he will have to fire him. Sessions made it clear he isn’t resigning at this point in time. Even as the White House Communications Director Anthony Scaramucci seeks to implement damage control, the problem seems far from over.

previousDonald Trump Jokes That Barron Trump Is Next To Be Accused In Russia Probe
nextMichelle Obama vs Melania Trump
We use cookies on our website to give you the most relevant experience by remembering your preferences and repeat visits. By clicking “Accept” or continued use of site, you consent to the use of all cookies. Privacy Policy
Do not sell my personal information.
Cookie SettingsAccept and Close
Manage consent