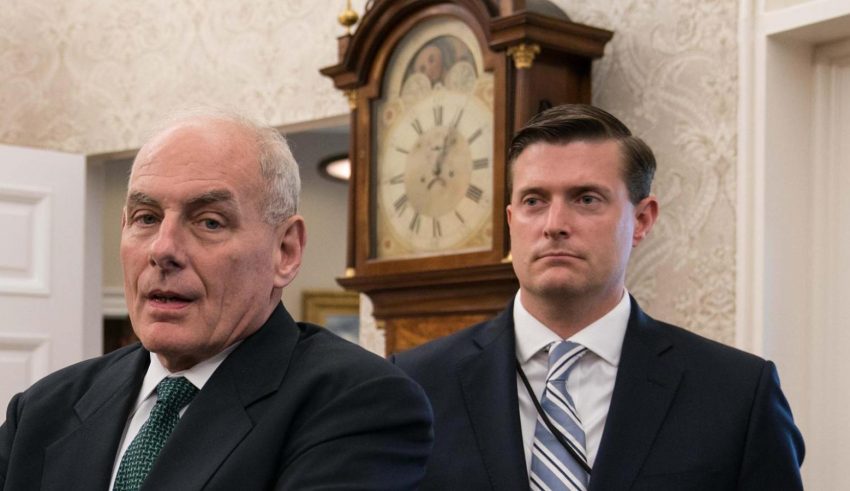 The White House had its hands full with the allegations against Rob Porter. The biggest issue was the abuse accusations of his former wives. These women didn’t have anything good to say about what kind of person he was.

John Kelly who had recently been on a low profile when it came to the media resurfaced now because of this issue. The problems faced included security issues that limited Porter’s clearance level.

President Trump now apparently had issues with how John Kelly was doing his job. It was claimed that Trump talked to Reince Priebus, the previous chief of staff about Kelly. What was also noteworthy was that Trump had issues with Priebus at one stage too.

A report indicated that Porter was concerned about what his ex-wives would tell investigators. This was however ignored as he began his work with the White House. The matter had now come back to haunt him and the administration.

Jennie Willoughby, an ex-wife of Rob Porter, said “In my home, the abuse was insidious. The threats were personal. The terror was real. And yet I stayed.”

Porter resigned but also denied the allegations against him.

“These outrageous allegations are simply false,” he said in his statement. “I have been transparent and truthful about these vile claims, but I will not further engage publicly with a coordinated smear campaign.”

Willoughby spoke to Anderson Cooper on his CNN show and shared her concerns.

The biggest issue that plagued the White House about Porter was the back ground check. It was clear that no check was done.

It was reported that the FBI sent a file containing information about his allegations from his ex-wives.

The women claimed abuse from Porter and it appeared that the information was overlooked or ignored.

The security office delayed its recommendation, so Porter was put on a temporary clearance basis.

The issue had now reached a point of no return. Based on reports both Chief of Staff John Kelly and White House Counsel Don McGahn knew of the claims.

The information was available to them since 2017 and apparently nothing was done. The situation was now a big issue for Trump and had its share of publicity on the media.

Situations like these certainly won’t help the White House who are under constant scrutiny. Hopefully they will eventually get it right.