September 29, 2020
Home Opinion What Could U.S. Withdrawal From U.N. Human Rights Council Mean For Others 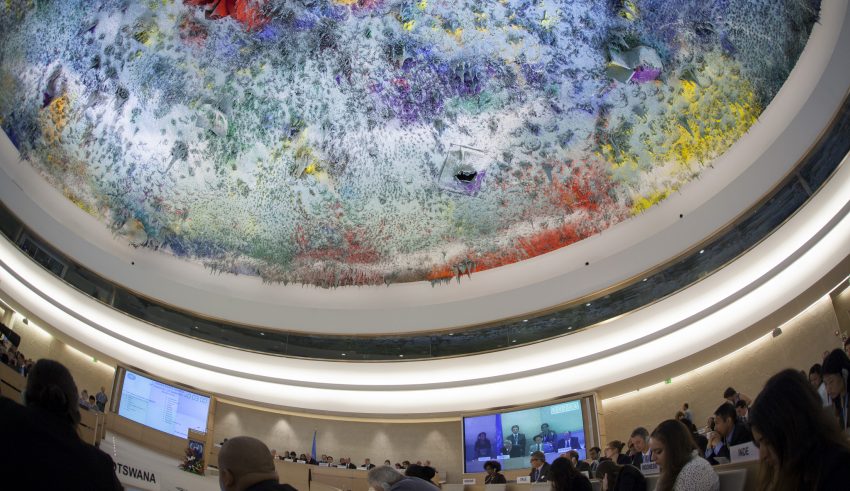 A report that the U.S.A. could be withdrawing from the U.N Human Rights Council was announced recently. The main reason was said to be what America considered bias towards Israel.

Trump’s Administration received much criticism for its decision to separate families. A move that they claimed they weren’t responsible for although many videos showed otherwise.

So what message could the Trump Administration be sending as it removed itself from the Human Rights 47 member Council?

It called the claim by the group hypocritical and said they won’t sit quietly. Could it have to do with the fact that many human rights groups are attacking Trump?

Nikki Haley doesn’t think what was being said was justified; she was adamant that it was all a ploy.

“For our part, the United States will not sit quietly while this body, supposedly dedicated to human rights, continues to damage the cause of human rights,” Haley said. “In the end, no speech and no structural reforms will save the members of the Human Rights Council from themselves.”

If the Government wasn’t willing to reconsider its attitude towards how they dealt with illegal immigrants what would become of them?

It was clear that Trump wasn’t backing down and the decision to leave the U.N. Council meant that he was determined to continue his course until he felt like doing otherwise.

Such a decision could leave a bad taste not only for the immigrants who suffered the most but International relations.

Human Rights had become a big deal for many reasons as it was one of the main causes of change in social behavior.

It was now at the forefront of most arguments related to a person’s freedom to do what he or she pleases.

It was a medium where anyone can express themselves and have their voice heard.

If Trump was pulling out, it could mean that he no longer acknowledged the need for the rights of human beings.

If this was the case he would feel free to deal with anyone he deemed not fir to be in his Country.

However until that was seen it was only speculation, but the decision to pull out of the U.N Human Rights Council felt distasteful.

More so the reasons given for the pull out don’t seem to be that big of a deal to cause such a strong decision to leave.