March 07, 2021
Home Opinion Two Men Take Different Approaches To Accusations Made Against Them 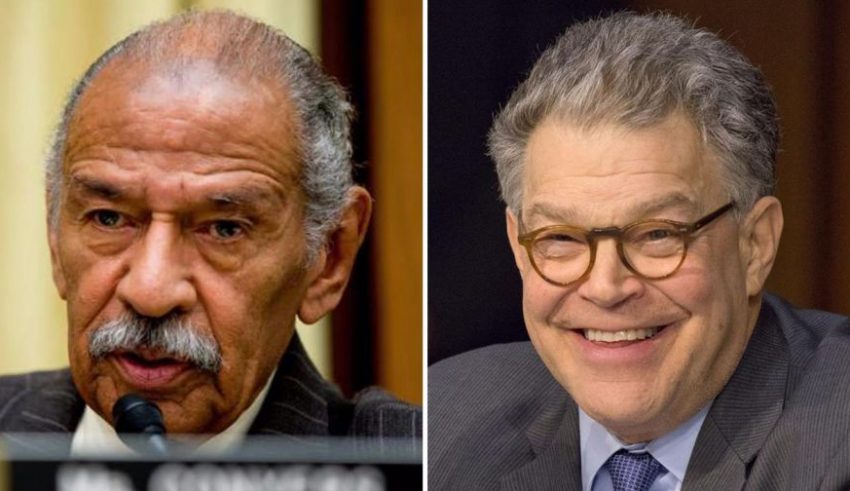 John Conyers and Al Franken have both been accused of sexual misconduct. Both men served as Senators in Congress.

Despite sharing similar forms of allegations, the two men had different approaches to deal with the issue.

John Conyers said he would step aside but only till the investigation finished. He said that he wanted to keep his post. Conyers held the position of Ranking Member of the House Judiciary Committee.

Al Franken apologized for what he did but made it clear he won’t be resigning. He said he was “embarrassed and ashamed.”

Franken said “I’m embarrassed and ashamed. I’ve let a lot of people down and I’m hoping I can make it up to them and gradually regain their trust.”

Despite the allegations Franken said there was no comparing him to Roy Moore.

“And I’m going to hopefully be a voice in this that is helpful. … Again, I respect women. What kills me about this is it gives people a reason to believe I don’t respect women,” he continued.

“I don’t remember these photographs, I don’t,” Franken said. “This is not something I would intentionally do.”

He accepted that he did bad things, but refused to acknowledge anything pertaining photos.

Conyers said “after careful consideration and in light of the attention drawn by recent allegations made against me, I have notified the Democratic Leader of my request to step aside as Ranking Member of the House Judiciary Committee during the investigation of these matters.”

He however made it known that he still wanted to keep his post. Conyers said “to be clear, I would like very much to remain as Ranking Member.”

The two men have used a different approach but are hoping for the same result. Franken and Conyers don’t want to lose their positions.

“I have come to believe that my presence as Ranking Member on the Committee would not serve these efforts while the Ethics Committee investigation is pending,” he said. “I cannot in good conscience allow these charges to undermine my colleagues in the Democratic Caucus, and my friends on both sides of the aisle in the Judiciary Committee and the House of Representatives.”

When it came to the sexual allegations many believed that it was all a plan to undermine the political system.

Men from both Parties had faced some form sexual allegations so the issue wasn’t one sided.