November 28, 2020
Home Opinion Trump’s Attack On Immigration Policy Could Backfire As It Faces Much Opposition 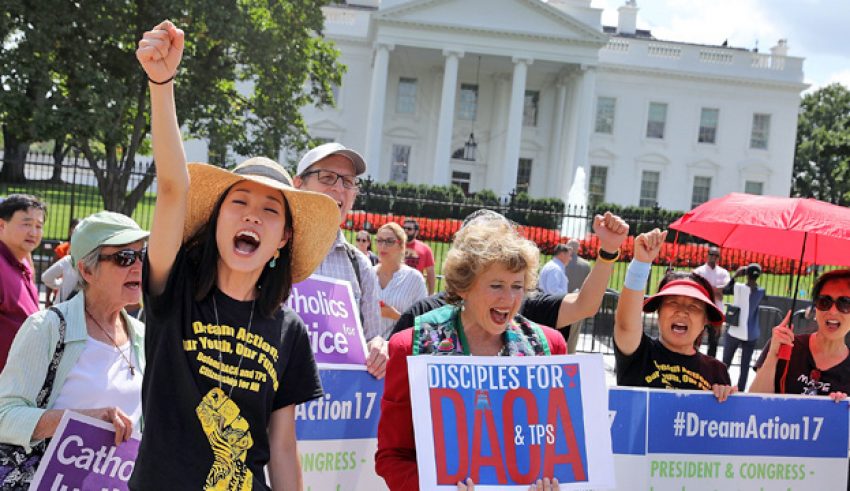 The latest order by a Federal Judge may be just what the Dreamers needed. They were in limbo as Democrats were unable to get a deal during the Government shutdown.

It could be that a Judge instead of the opposing party would be their savior. The Judge ordered the scheme reopened as it accepted new applications.

It was clear that not everyone supported Trump and his colleague’s stance on immigration.

He also faced challenges in elections that were taking place. It seemed that many Muslims were motivated to run for office.

Another issue was the travel ban; that too was facing the scrutiny of the Supreme Court.

The argument brought forward by those challenging the travel ban claimed it was based on discrimination.

They argued that the ban had nothing to do with law but was more of a personal matter.

It was claimed that because they were Muslim that the ban was set in place. It was reported that during his campaign Trump promised to rid America of Muslims if he was elected.

Trump also claimed that the ban was to protect America from Islamic militants.

Those who supported Trump claimed that what he said had no relevance because he wasn’t President at the time.

One of the people contesting elections was Fayrouz Saad, a 34-year-old Muslim American. She would be running for a district in Michigan.

“It was just clear, despite the election, that Michigan was just not going to stand for discrimination,” she said.

It was reported that at least 90 persons from the Muslim American community will contest elections.

“My parents came here in search of the American dream,” said Saad, who worked at the Department of Homeland Security under the Obama administration. “I got into public service to protect that.”

It was believed there was stigma attached to being Muslim.

It was noteworthy that a concern was placed on the safety of Americans. It was well known that some Muslim and Islamic individuals committed acts of terror. This however could be said about all other groups of people.

Does this mean that everyone would be placed under the same scope? One can be sure that there are many well-meaning Muslims as well as other races of individuals. Everyone deserves the opportunity to showcase their values and worth.

“We have to elevate Muslim American voices,” Jetpac Executive Director Shaun Kennedy told CNN. “American Muslims are fed up of not being included in conversation that is about them … and they are being made targets.”

This new development could give those considered outcasts just the opportunity they need. Let’s hope they make the best of it and not allow others to say “I told you so.”