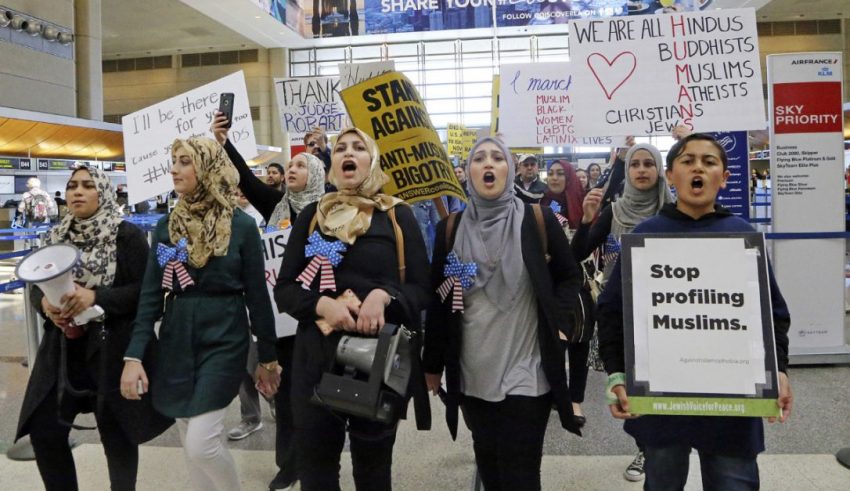 The President of the U.S.A. made great progress with win against immigration policy and election wins.

The Supreme Court had just announced that the travel ban proposed by Trump would stand. This would serve as a major blow to many who wanted to enter the U.S.

The ban would affect persons from the Countries that were under the travel ban, making it impossible to enter the U.S.

Things were certainly looking up for Trump who faced criticism for his stance on immigration.

Trump who was known for his boasting and criticizing wasted no time after the results were known.

Many felt that Trump played a major role in the outcome. Trump believed that a lack of respect for him as President caused many to lose to his Party colleagues.

Alexandria Ocasio-Cortez beat Joe Crowley who held that post for 10 terms. Trump said he lost because he disrespected him.

“We meet a machine with a movement, and that is what we have done today,” Ocasio-Cortez said. “Working-class Americans want a clear champion and there is nothing radical about moral clarity in 2018.”

“A new political era is dawning — and the rusting and reluctant political establishment will wake up or be woken,” Ezra Levin said.

This was certainly a big defeat for Democrats who at one stage had turned the table on the GOP earlier in the year.

It now seemed that Trump was having more of an effect on the people than previously thought.

The decision by the Supreme Court was big news, especially for the President. The travel ban was implemented very early in his installment as President. It was later altered and therefore required revisiting but now the time had come.

When asked if he would continue with the travel ban Trump said of course.

“We needed it as a Country, that was a big victory for our Country,” he added. “It’s so simple. It’s called, ‘I’m sorry you can’t come in. you have to go through a legal process.”

The President wants a process integrated for anyone from those Countries who want to enter the U.S.

If you don’t go through the process you don’t enter.