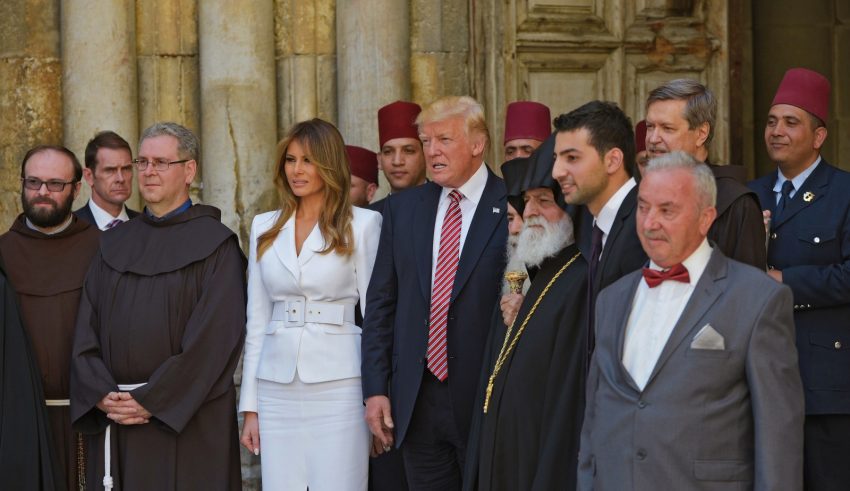 Since President Trump’s decision to recognize Jerusalem as the capital of Israel he had been criticized. Some leaders felt it was a bad decision on his part.

His announcement was met with threats which saw some of those threats carried out. American flags and photos of Trump were burned. This was in retaliation to what Trump had recently announced.

The area saw some unrest as protesters took to the streets, burning tires and hurling objects at others.

Despite all of the commotion, Trump had promised he won’t be backing down on the matter.

It was reported that anyone not in favor of Trump’s announcement could find themselves on the wrong side of favor.

“Before this meeting, a U.N. member state threatened all the other members,” Mevlut Cavusoglu said. “We were all asked to vote no or face the consequences,” including cuts in aid, he said. “Such an attitude is unacceptable. This is bullying.”

Turkish Foreign Minister Mevlut Cavusoglu spoke at the United Nations and was appalled at Trump’s behavior.

Trump had been seen by many leaders as a bully and this matter only makes it more apparent.

Religious leaders in Palestine are well known for their threats. More critical was that they are known for keeping their promises related to any threat made.

A U.S. official said “it was not a decision made on a whim. Everybody was focused on what impact it could have. There was discussion about the potential impact, pro and con, on peace negotiations.”

The US said the decision had nothing to do with border claims. It had long been argued what lands belonged to Israel.

The US expected some resistance. One official said “we always anticipated that there might be a temporary cooling-off period.  We are continuing to work on the plan, work hard on it, and we will unveil it when the time is right.”

“Relationships between the United States and other nations have their peaks and their valleys. Some days are better than others,” State Department spokeswoman Heather Nauert said. “We look forward to continuing those talks, and we’re confident that we’ll be able to do that.”

The relationship between America and Palestine came into question.

“America will put our embassy in Jerusalem. That is what the American people want us to do, and it is the right thing to do,” she also said.

This had been a controversial issue for many years; time will tell if Trump can make it work.