Trump Faces Tough Time As FBI Officials May Testify Against Him 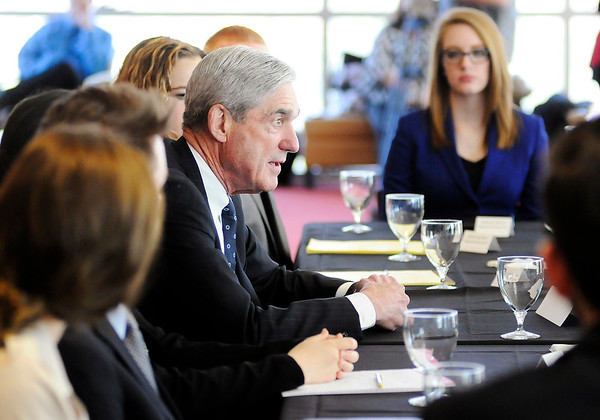 FBI officials could find themselves testifying against President Trump. Investigations are currently being conducted into Trump’s involvement in the 2016 elections. It is believed that Mueller who leads the investigation has a strong case against the President.

What About Trump Allies

There are people in Trump’s corner, who support him fully. There is the notion his allies could hurt him. How you may ask?

Comey said he shared information with members of the FBI. He told them of Trump trying to manipulate the bureau’s investigation.

He was told by other FBI colleagues it’s his word against the Presidents. This causes him not to say anything to the Justice Department.

He also told Rosenstein what was happening. He said “I explained my serious concern about the way in which the President is interacting, especially with the FBI.

Sessions gave testimony in regards to Comey. He said “that the FBI and Department of Justice needed to follow department policies regarding appropriate contact with the White House.”

Sam Buell once served as a Federal Prosecutor in 4 Cities. He is now a Duke University Professor of Law. He believes that Mueller will interview the 6 FBI agents Comey talked to.

Buell said “in any high-stakes matter, you are going to want to talk to anyone in the vicinity of a conversation. It doesn’t mean that they end up as trial witness.”

He went on to say but at an investigative stage, you are going to talk to all of these people. You want their stories locked in. You want to know if what they have to say would help you or hurt you.”

John Keker is reported as saying “think of any crime. The defense might make the case that the accuser made it up.”

Keker believes the ability to tell when an event happened can help a story.

Trump has reportedly pressured Comey to be loyal to him. It is said this happened at a private dinner at the White House. This allegedly occurred on January 24 2017.

Mueller is seeking to find out if Trump indeed pressured Comey. The problem with that is one man’s word against another.

Ronna McDaniel said “the only two people who know what happened in these meeting are the President and James Comey.”

Donald is the Republican National Committee Chair. She made the comments on Fox News.

It is said that after Trump talked to Comey privately, he confided in his FBI colleagues.

The investigation is still ongoing and Mueller has a strong case . Rosenstein is yet to testify in the current investigations.

previousAmidst Russia Scandal Senate Moves To Protect Robert Mueller
nextMissouri Passes Law That Causes Travel Advisory To Be Issued
We use cookies on our website to give you the most relevant experience by remembering your preferences and repeat visits. By clicking “Accept” or continued use of site, you consent to the use of all cookies. Privacy Policy
Do not sell my personal information.
Cookie SettingsAccept and Close
Manage consent