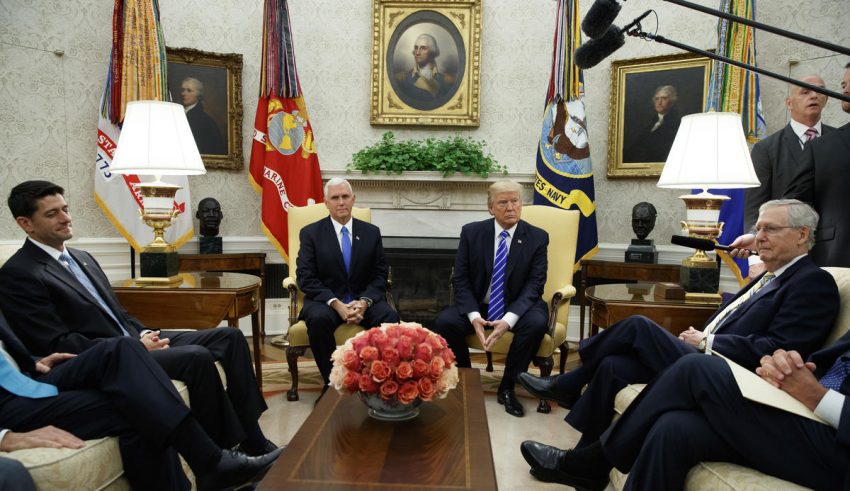 The attention of President Trump now rested with his spending bill. A meeting was planned with him which included Republicans and Democrats.

It was believed that Trump won’t find the going easy. Democrats wanted something in return for their support.

What they will get remained to be seen. Trump had met with some Democrats a few months before, but the meeting left a sour taste afterwards.

Trump had met with Senators Nancy Pelosi and Charles E. Schumer who wanted immigration laws in favor of “Dreamers.”

Johnson said “I’m not exactly sure what’s going to happen in committee, we’re working diligently to fix the problem. If we develop a fix prior to committee, I’ll probably support it, but if we don’t, I’ll vote against it.”

“That’s been known for sometime that having a backstop that we know is real is an important step for us along the way,” Corker said.

Corker and Trump had faced off about many issues before. He had made it clear he had a problem with how Trump was running the Country.

The Budget Committee had a slim margin of 12-11 in favor of Republicans. This meant that any defect in regards to votes would affect getting the bill passed.

Sen. John Thune said “I hope a year-end solution, a pathway to making sure you guys are home on Christmas Eve instead of hanging out here with us.”

The meeting would be an important decision making moment for Trump. He needed the votes to have his spending bill passed.

If he doesn’t get the support he needed the bill would fail.

Rep. Andy Biggs said “Congress should pass single-subject legislation, which maximizes the transparency of our votes to constituents. It would be a grave mistake to add DACA reform to the spending bill.”

Rep. Tom Cole said “you don’t want to have a spending showdown shutdown crisis before the midterms next year. So I think it’s important for both sides, honestly, to reach that agreement.”

He added if “you try to hold the entire government hostage to a single issue,” Cole said, there’s a risk of making the “same mistake Republicans made in 2013 over Obamacare. It’s very apt to backfire.”

Democrats were unlikely to listen to such advice. Without much leverage of any kind, Democrats would certainly pressure Trump.

It was now a matter of waiting to see who would get what they wanted. The meeting might just be the high point of the spending bill drama.