Tom Price Under Fire For Military Jet Travels For Personal Use 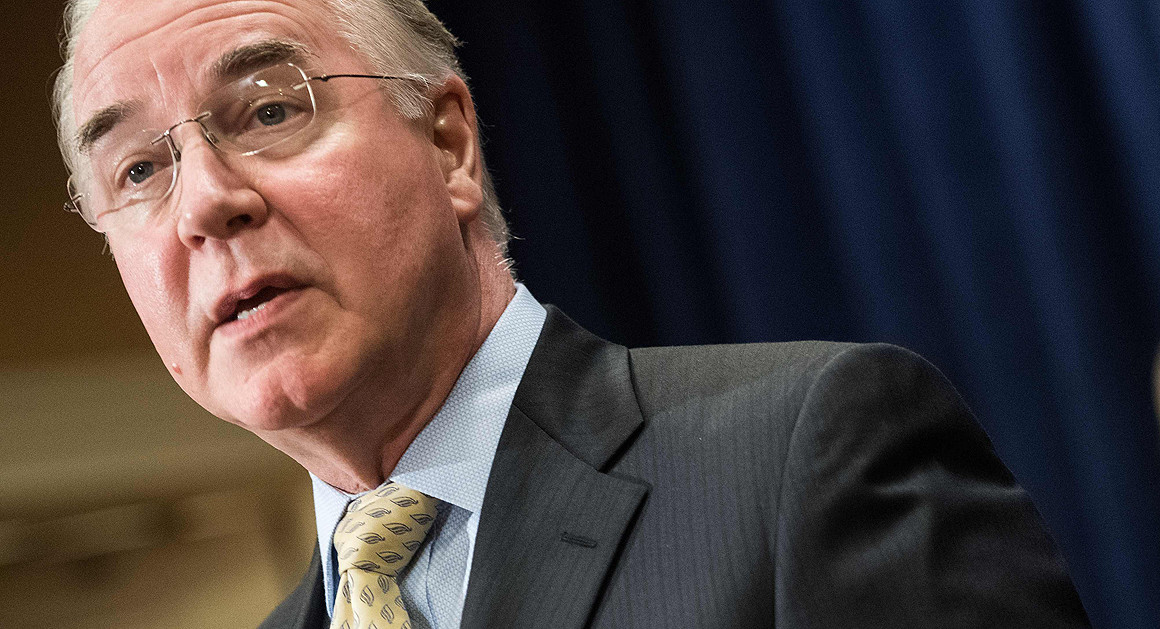 Health and Human Services Secretary Tom Price is under fire. He is accused of using Military planes for his own personal uses.

It is reported that he was spent $500,000 of tax payer’s money to do so. The trips were usually for his wife Betty Price and himself. He also took private chartered flights.

This is just another problem the Trump administration faces. The issues just seem to be piling up, higher and higher.

The White House reported that they approved over $500,000 to fund flights. Trips for business travel to Asia, Europe and Africa.

Price has said he will repay $52,000 for private charter planes. Many of the trips that he took a commercial flight were available.

Why didn’t he just take a commercial flight then?

The situation has put Price in the hot seat. The $52,000 certainly wouldn’t be enough to cover what he spent. That amount is a far cry from the $400,000 plus that he used.

The Senate Judiciary Committee is looking into the matter. They are not at all pleased with prices flying habits.

All of this happened in just a few short months. The Trump administration took office in January 2017.

Sen. Chuck Grassley sent a letter to the President about the matter. Grassley is the Chairman of the committee.

But Price isn’t the only one the letter was about. He also asked about other cabinet member’s use of Federal funds.

Trump said he was pleased with the flying habits of price. When asked if he will fire him he replied “we’ll see.”

Health and Human Resources said the flights were necessary.

The report indicates business as the reason for the flights. But just what kind of business are we talking about?

To say the flights were necessary isn’t good enough. Tax payers ought to know how their money is being spent.

Government will face some backlash for these types of habits. Now that tax reform is on the table, the situation will get more critical.

Raj Shah said the “use of military aircraft for cabinet and other essential travelers is sometimes an appropriate and necessary use of resources.”

He said “in the first eight months of this administration, the White House has significantly reduced the number of military air White House support missions.”

Earlier another White House staff member wanted to use a plane for his honeymoon. That request reached the media. He later withdrew his request.

It should come as no surprise if more persons are found wanting in this manner. Just what is going on with Federal funds?

How much could have gone undetected? What else could be happening under the radar?

More attention should be paid to Government funds. It is the tax payer’s right, that their money is spent wisely.

previousTax Reform Set To Create Turmoil Amid Suspicion Of Changes
nextTrump And San Juan Mayor Go At Each Other After Puerto Rico Catastrophe
We use cookies on our website to give you the most relevant experience by remembering your preferences and repeat visits. By clicking “Accept” or continued use of site, you consent to the use of all cookies. Privacy Policy
Do not sell my personal information.
Cookie SettingsAccept and Close
Manage consent