March 04, 2021
Home Opinion Spending Bill Could Be Held Hostage By Democrats Over DACA 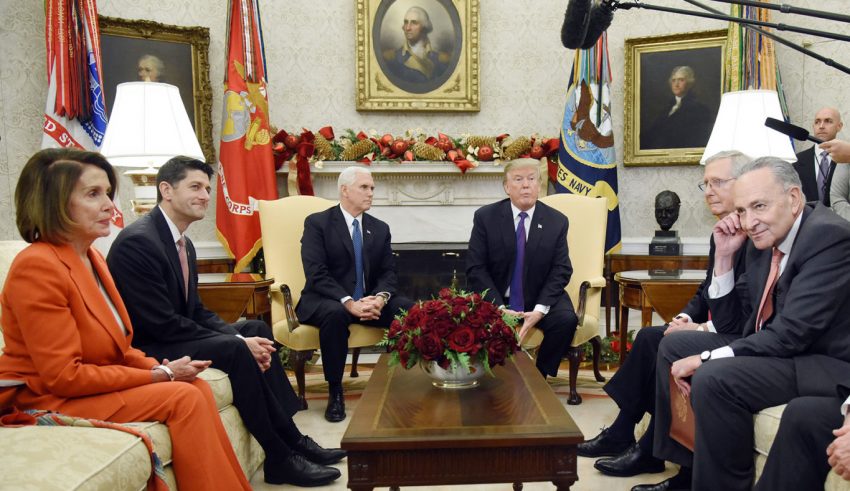 The spending bill would once again face challenges. It was said during 2017 that Democrats would use this bill to gain ground for DACA.

This was one of the projects some Democrats fought hard to keep going. The Dreamers were in jeopardy as many would be forced to leave America.

The Democrats know Trump wants his wall so they are keen to use this to win on DACA. 2018 may be the year for Democrats to help the Dreamers. But until some agreement was reached it was all just speculation.

Trump could have his wall, but the Dreamers must have DACA.

“For me, if Trump wants to say he has built a wall, an actual wall that’s going to promote border security, that’s a victory he should take,” Cesar Vargas told me. “Frankly, if the Republicans and the administration are able to come out with a deal, they have played their cards very well. And Trump could get credit for a really good deal, because Democrats have failed to do that.”

“President Trump has said he may need a good government shutdown to get his wall. With this demand, he seems to be heading in that direction,” Charles Schumer said.

These comments varied and seem to show that everything ongoing was mere speculation at this point.

“No wall,” said Democratic Sen. Kamala Harris of California. “Listen, I believe in border security. I think it’s very important that we have a secure border, but spending billions and billions of dollars on this wall because of a political promise and a campaign promise is ridiculous.”

The desire to use the wall funding to help secure DACA wasn’t on everyone’s mind. This was clear as Harris said “no wall.”

“I think this is going to be the flexion point where we get some things done or we don’t,” said Rep. Adam Kinzinger.

Both sides want a deal, but will both benefit?

“Seems to me that Democrats are holding that deal hostage for a DACA negotiation and we are meeting at the White House tomorrow on a bipartisan basis with the President to see what that might look like,” said John Cornyn. “But I think that’s going to make the January 19 date pretty hard to hit.”

With just a few days left, the pressure was on, we just have to see how it all goes.