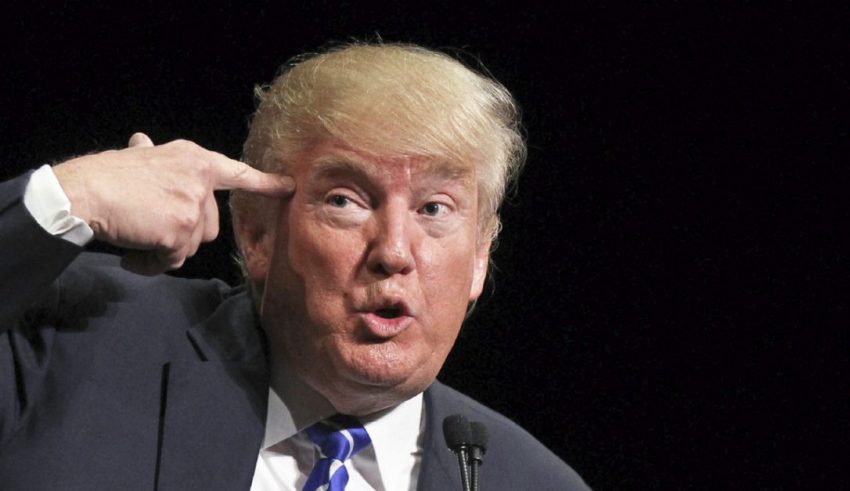 Americans were still recovering from the allegations in Steve Bannon’s new book. The book made some heinous accusations against the President.

One the biggest was his mental state. This one created a stir in the Country causing Trump to hold a news briefing.

Trump denied the many allegations found in the book. He said that he was a “very stable genius” and “like, really smart.”

The book severed all relations between Trump and Bannon. It was said that any reconciliation between the two was unlikely but time will tell.

The book also created an issue at CNN’s “State of the Union.” White House adviser Stephen Miller had to be escorted from the premises.

He was asked to leave during an interview with host Jake Tapper but refused.

CNN issued a statement on the incident.

“The segment was over and Mr. Miller was politely asked to leave the set multiple times — after refusing to leave, he was escorted out by security,” the statement read.

Miller apparently refused to answer questions related to allegations from Bannon’s book. He instead tried to criticize the CNN News agency. This caused Tapper to end the interview.

The allegations of the President having a mental issue weren’t taken lightly. This seemed like a catalyst for some to have Trump removed.

It wasn’t any secret that the removal of Trump from office was the desire of some. Now that an allegation of this nature was published it was being looked into.

The White House gave a statement disputing all claims from the book. Trump tweeted that the book was full of lies condemning any issues concerning his mental health.

That didn’t stop the doubters who are pressing for answers. The President would do a physical soon to silence all doubters.

“We’ll discuss, as I said when I announced that he was going to be doing the physical, we’ll have a readout of that after that is completed and we’ll let you know at that time,” Sarah Huckabee Sanders said.

The issue that might concern all Americans was if the doctor will tell the truth. Then there was also the transparency of the White House on the matter.

“The Democrats and their lapdogs, the Fake News Mainstream Media, are taking out the old Ronald Reagan playbook,” Trump wrote on Saturday. On Sunday, he wrote: “Ronald Reagan had the same problem and handled it well. So will I!”

Despite word from the Trump administration about cutting ties with Bannon, he still showed his support.

He said “President Trump was the only candidate that could have taken on and defeated the Clinton apparatus.”

Only time will tell if his so-called unwavering commitment to Trump will earn him any favors later.

The Fire and Fury book certainly didn’t help his cause.