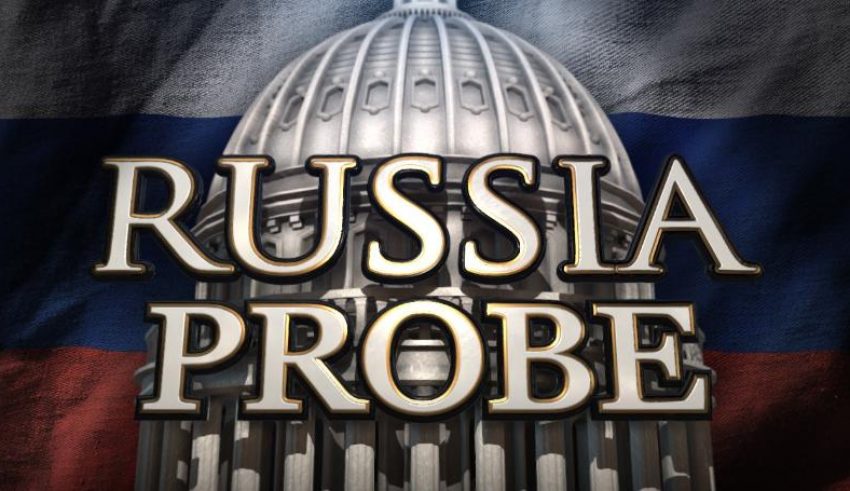 The Russian probe had been ongoing for quite a while and no end seemed in sight any time soon. There have been many testimonies and memos and yet no conclusion was forthcoming.

At one stage information put the inquiry in doubt, making many believe it was a vendetta against President Trump.

Then testimonies by members of the DOJ caused a shift as they defended their integrity and their findings.

Another questionable issue was the fact that many of Trump’s close allies have been found guilty of varying crimes and connections with Russians.

Two things are undeniable at this point; those close to Trump had been involved in some nasty activities which were found to be illegal or threatening to Country.

The other no evidence brought forth put Trump in direct conflict with the investigation of Russian interference.

However the fact that so many around him, including family were known for reaching out to the Russians in some way was concerning.

Worst was the President’s intent to meet with Vladimir Putin and his notable fondness of him.

Trump had announced that he would soon meet with the Russian President.

The President had called the claim of collusion fake news and Putin denied any involvement in American elections.

Some memos had proven controversial and were considered to carry wrong information.

One such memo was the Russian Dossier done by Christopher Steele. Steele, a British spy may have written a dossier that was not fully relevant or persuasive.

Other memos done by the Intel House and Democrats may also prove to be bias for both parties.

Then there are testimonies given by members of the DOJ and other members affiliated in some way with the query.

The latest interviews were very intense as investigators questioned members of the Justice Department.

An exchange of words between Rep. Jim Jordan and Rod Rosenstein was the highlight of the interview:

“Now Mr. Jordan, I am the deputy attorney general of the United States. Okay?” Rosenstein snapped in obvious annoyance. “I am not the person doing the redacting. I am responsible for responding to your concerns, as I am … So your statement that I am personally keeping information from you, trying to conceal information.”

“That’s correct, and my job is to make sure we respond to your requests. And we have, sir. Again, I appreciate your concerns.”

“Again, I think the House of Representatives is going to say otherwise,” Jordan cut in.

It was felt by analysts that this interview fought against any effort by Trump and his colleagues to undermine the Russian probe.

Yet at the end of the day, nothing solid was given to prove that any collusion took place.