Could Rumors Of Trump Not Completing Term Come To Pass? 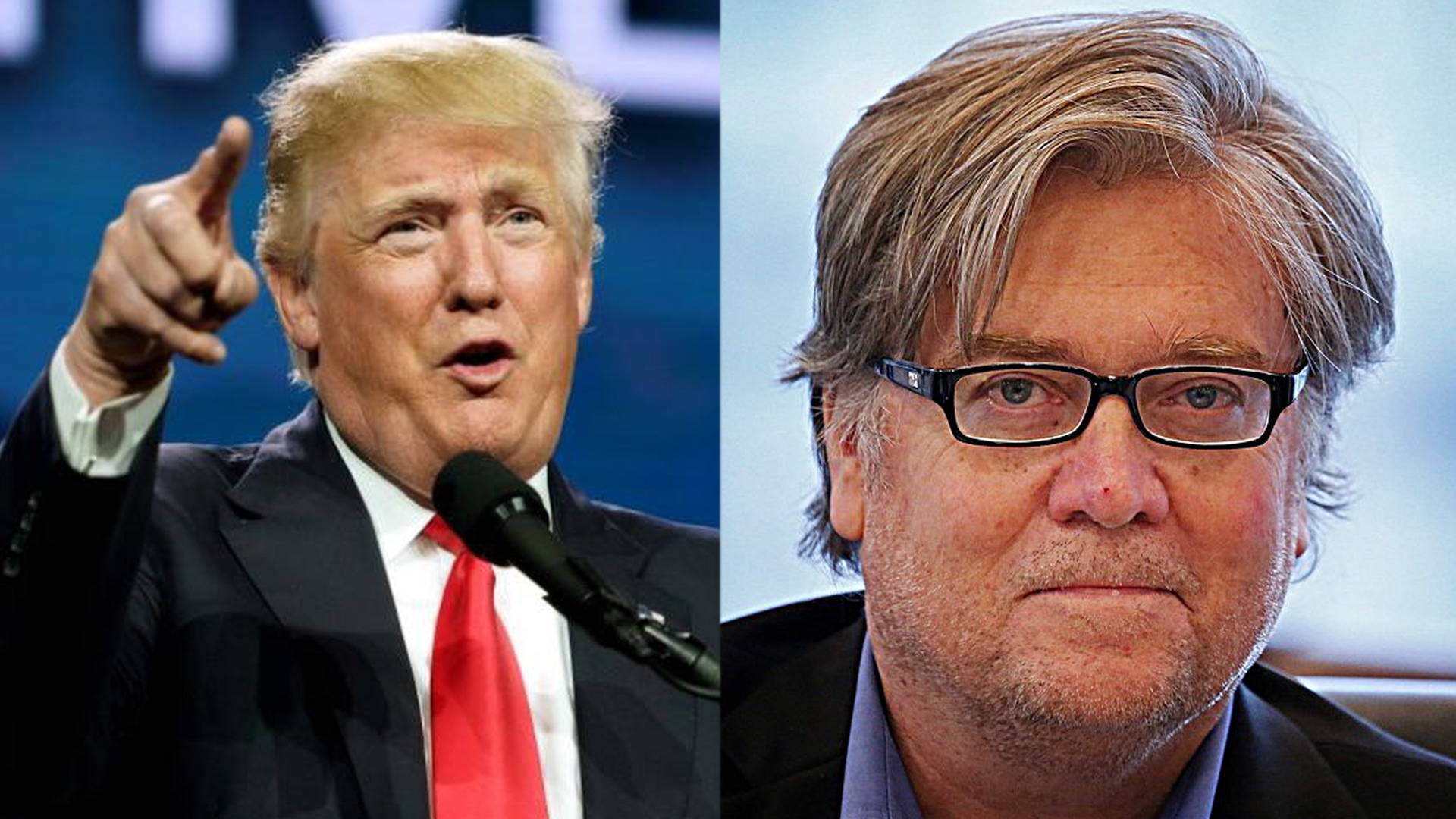 A source recently said that Steve Bannon doesn’t believe Trump will finish his term. It was reported that Bannon believes Trump has a 30% chance of completing his term as President.

Steve Bannon believes that Trump could be voted out by Congress. This is based on the 25th Amendment. Surprisingly Bannon doesn’t believe he would be impeached.

At present the report couldn’t be confirmed. Bannon couldn’t be reached about the alleged comment.

The 25th Amendment was created after the assassination of President John F. Kennedy in 1963.

The Amendment would allow Congress to vote out the current President based on certain grounds. The Vice President would then take his place.

The source also claims that Trump didn’t know what the 25th Amendment was.

Up till this moment the report is still to be verified. Nevertheless Trump has been on a downward spiral. He recently threatened NBC News about revoking their license.

This threat has left many wondering why the President would say such a thing.

The Republican asked “are you tonight recanting of the oath you took on Jan. 20 to preserve, protect, and defend the 1st Amendment?”

If Bannon did say that about Trump, then the President is walking a fine line. Trump has been in the news often. Many of those are not very positive.

He is the first President to use social media in such a dramatic manner. He has made more threats than he has worked to resolve issues.

The President has been at odds many times with his colleagues. These are the very people who could vote to remove him.

Trump has promised that he will sign an Executive Order shortly. He will sign an order that will require changes to health reform.

This will be considered a challenge to Congress. The Congress voted down the Obama repeal bill. The bill was Trump’s attempt to remove Obama Care.

The President has been at odds with Sen. Bob Corker. He is considered by Congress as an important part of tax reform.

The World looks on to see how long the President will last as issues pile up.

Steve Bannon has vowed to support the President. He has verbally attacked anyone who disrespects Trump in any way.

He recently asked Corker to resign after a feud with Trump. So to hear that he thinks the President could be in trouble is shocking.

We will just have to wait and see what he says. With all the issues with fake news, it is best to get a comment from him.

Whatever is his response we will have to accept in some form right? The “he say, you say” has long plagued the media. This makes any news headline hard not to be fake.

We will just have to wait and see if the President will actually finish his term in office.

previousPresident Trump Takes Matters Into His Own Hands On Health Care
nextTrump’s Attack On Obama Care Stirs Emotional Backlash
We use cookies on our website to give you the most relevant experience by remembering your preferences and repeat visits. By clicking “Accept” or continued use of site, you consent to the use of all cookies. Privacy Policy
Do not sell my personal information.
Cookie SettingsAccept and Close
Manage consent