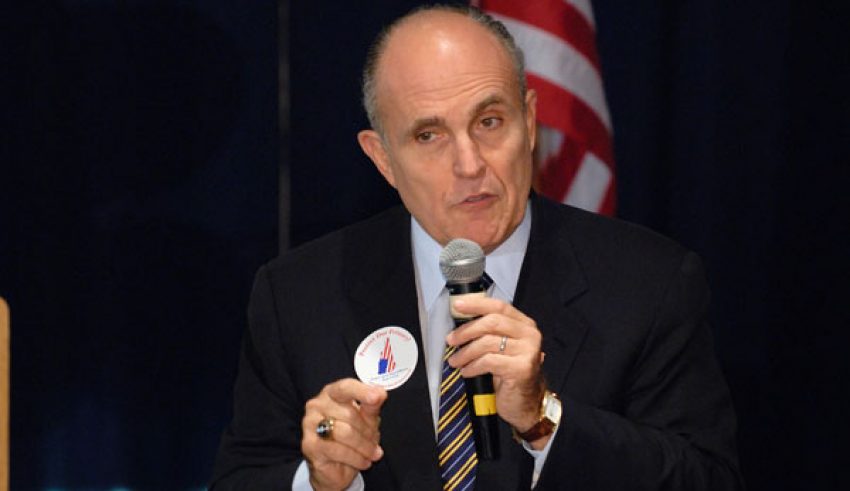 Since Rudy Giuliani became the top lawyer for Trump, he was causing havoc. It at times appeared he created more havoc for Trump than he did for his adversaries.

Giuliani could be compared to a ticking time bomb as he made many revelations about what Trump did or didn’t do.

The latest comments from him were startling to say the least. He had said that Trump repaid Michael Cohen for a payment to Stormy Daniels. Now he said that Cohen may have paid more women for Trump.

Michael Avanetti, who is Stormy Daniels attorney, said the latest comment by Giuliani was ridiculous.

Giuliani also claimed that Trump could refuse a subpoena from Mueller, but experts disagree with what he claimed.

Giuliani also said he was pleased by response of his media stint. He said “everybody’s reacting to us now.”

Trump was known for being controversial which could be why he hired Giuliani. His lawyer was showing some of the very characteristics of the President.

Since he started making his claims both on TV and otherwise, he had been creating quite a bit of chaos.

Giuliani said in a response to the media talks that they thought everything went well.

“I’ll give you the conclusion: We all feel pretty good that we’ve got everything kind of straightened out and we’re setting the agenda,” Giuliani said.

“Everybody’s reacting to us now and I feel good about that because that’s what I came in to do,” he said.

He made it clear that he came to Trump’s rescue with a purpose in mind and despite claiming all was well was it?

“It seems to me that the approach last week of the Trump team plays into the hands of Mueller’s tactic to try, at any cost, to try to find technical violations against lower-ranking people so that they can be squeezed,” said Allan Dershowitz.

Trump pass could hurt him in many ways since he felt that no one should plead the fifth if they were innocent. It was believed that if Trump was called upon to testify he could do the same as his former lawyer Cohen.

“The mob takes the Fifth,” Trump said. “If you’re innocent, why are you taking the Fifth Amendment?”

Giuliani had said that Trump could refuse to acknowledge a subpoena from Mueller.

However some experts said this wasn’t true and Trump despite being the President would have to honor the call to testify.

“We don’t have to,” Giuliani said on ABC’s “This Week” when asked if Trump would cooperate if Mueller subpoenas him. “He’s the President of the United States. We can assert the same privilege as other Presidents have.”

“No one is above the law,” said New York Law School professor Rebecca Roiphe.

“It’s not accurate to say that sitting Presidents never have to comply with subpoenas. They have and they do,” Lisa Griffin said.

Bill Clinton had to testify after he was accused of having sexual relations with Monica Lewinsky.

If Mueller had to subpoena Trump then we would know for sure if he would have to comply or not.